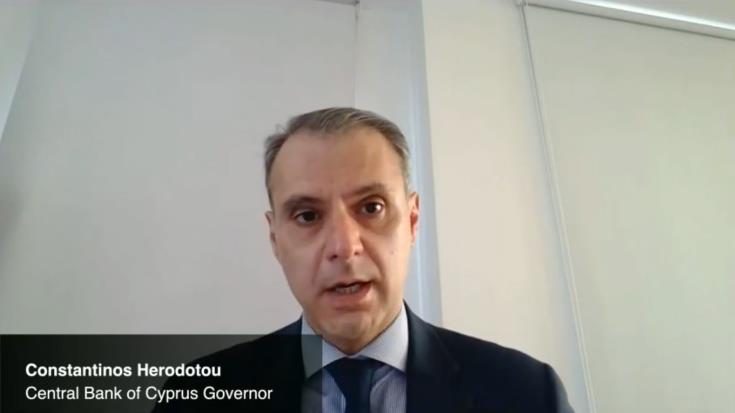 Any recession is expected to be mild and short, Constantinos Herodotou, Governor of the Central Bank of Cyprus said during a panel discussion at the Bloomberg Global Regulatory Forum 2022.

Speaking in the discussion which was held in London on December 6, Herodotou commented on the European Central Bank’s aim to restore and stabilise inflation at 2% in the medium term and maintain financial stability.

The CBC Governor expressed the view that, based on current data, if a recession does occur it is expected to be mild and short-lived, on account of three factors.

Second, he added, in the context of supporting households and businesses against high energy bills, fiscal policy needs to be targeted, so as not to fuel inflationary pressures and to minimise the need for aggressive monetary policy action.

Third, whilst a small uptick in long-term inflation expectations has been observed thus far, they still remain relatively well anchored, thus retaining the credibility of monetary policy to achieve its goal in the medium term, he noted.

According to a CBC press release, the forum participants comprised representatives from international and supervisory organisations, as well as senior market executives. The participants analysed the current economic and market challenges as well as the need for establishing a robust and resilient regulatory framework that allows the financial system to flourish.

Herodotou made similar remarks in the TV interview he gave on the same day on the Bloomberg News Agency.

During his interview, he said that further interest hikes are expected to be decided at the ECB meeting next Thursday, but added that the hike depends on the most recent inflation numbers and whether there was any wage-price spiral. He also pointed out that monetary policy has a medium-term outlook since it takes 18 months for interest rate hikes to impact the real economy.