All-Cypriot movement for reunification of Cyprus set up in UK 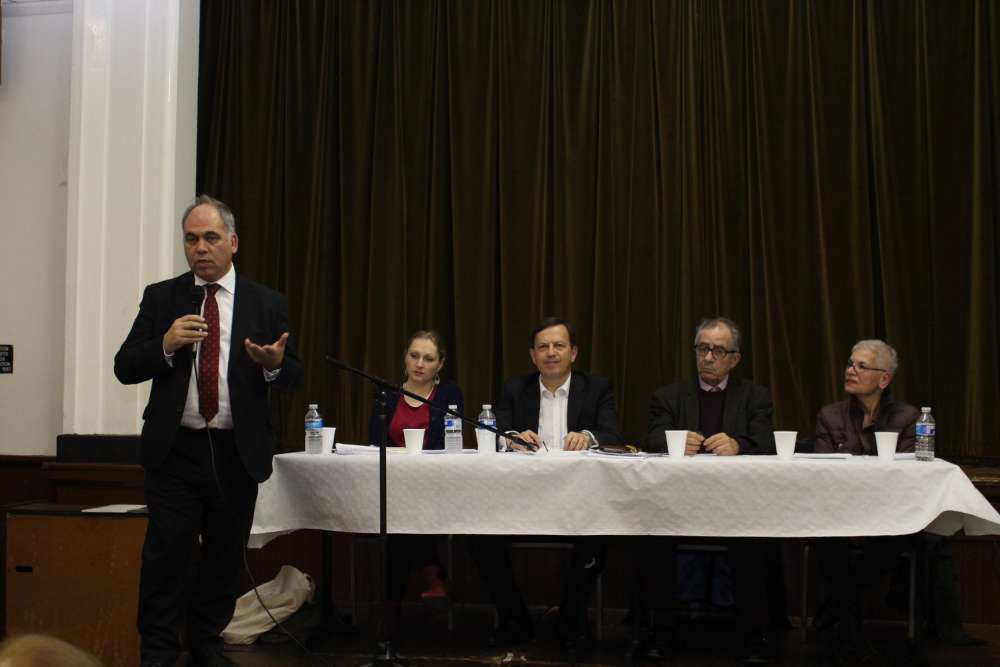 More than 70 Cypriots from all communities gathered at the Cypriot Community Centre in London to launch a new all-Cypriot movement for the reunification of Cyprus.

Organisers said the gathering was one of the largest of its kind held in the United Kingdom, and demonstrates the strength of friendship and solidarity among Cypriots of all ethnicities.

The meeting was prompted by serious concern among many Cypriots at the lack of political progress in relation to the Cyprus problem and, in particular, at the prolonged absence of any negotiations.

The event was chaired by Peter Droussiotis who was joined on the platform by Ilker Kilich, both longstanding community activists and leading campaigners for Cyprus unity, who spoke about the urgent need for progress and the role of civil society in supporting all political efforts to reunite the island.

“The engagement and involvement of ordinary Cypriots from all ethnic backgrounds, working and campaigning together in an all-Cypriot movement for a united Cyprus, will have a real impact in key decision-making centres and will, therefore, be a vital ingredient of a successful outcome in negotiations” said Peter Droussiotis.

“The Cypriot diaspora, which is made up of all of the communities of the island, can play a unifying crucial role in exerting pressure where it matters.”

In his introductory speech, Droussiotis also highlighted the many benefits which would follow the island’s reunification.

“I have long believed that the answer to Cyprus’s problem lay in all of the Cypriot communities coming together with one voice, to affirm their desire to live together in peace, as equal Cypriot citizens,” said Ilker Kilich. “Tonight we have taken a bold step in the right direction.”

The meeting was also addressed by Cypriot Member of Parliament for Enfield Southgate Bambos Charalambous, who pledged his support.

During a positive, friendly, and hopeful debate, participants affirmed a set of founding principles for the Movement, namely:

–          Endorsement of the reunification of Cyprus based on a bi-communal, bi-zonal federation, with political equality, as set out in the relevant Security Council Resolutions and the High Level Agreements; a united Cyprus, which as a member of the United Nations and the European Union, shall have a single international legal personality, a single sovereignty and a single citizenship.

o   Cypriots from all communities and non-Cypriots are welcome

o   People of all political persuasions are welcome

Participants debated the need for a united all-Cypriot movement which can reinforce all the vital work being done by the many existing community organisations, parties and individuals, and bring them together as part of the common struggle for reunification.

The meeting agreed that the Movement shall have three main objectives: to run a broad-based grassroots all-Cypriot campaign, to co-ordinate high level advocacy, and to promote continued dialogue and friendship among all Cypriots, through cultural and other events.

The Movement’s Steering Committee has issued a call to all members of the community who share these principles, and who can give time and skills to making this Movement a success, to join them.

Photo from Movement for a United Cyprus