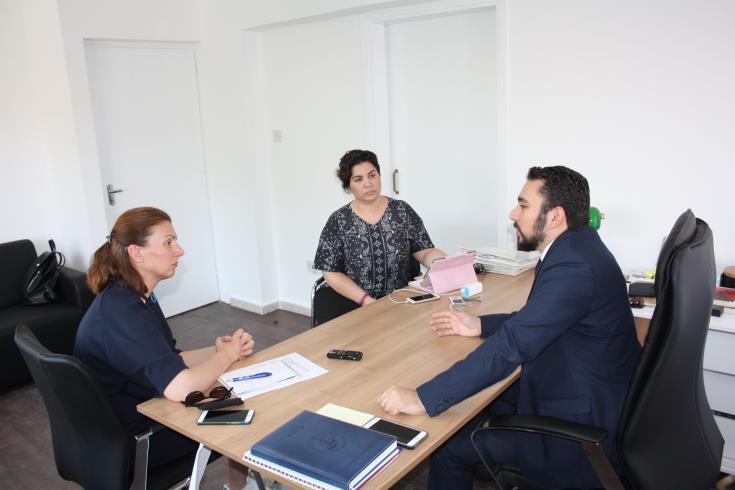 A few days after the case was concluded before a Turkish occupied Nicosia “district court” Reynar explains its significance to the Cyprus News Agency.

Reynar had presided as a “senior judge” over a case against six individuals who took part in the attacks against the daily’s premises in January 2018 and had handed over sentences between 2 to 6 months incarceration. However, when those individuals were released earlier by a “parole board” he resigned.

He volunteered to represent Afrika together with Mine Atli because as he puts it “Democracy is very important.”

Afrika, Levent and Osman were acquitted by a “Nicosia district court” on Thursday May 16. They were facing up to five years in prison on charges of insulting and defaming Erdogan. They were on trial for “insulting a foreign leader” after the newspaper published a cartoon showing a Greek statue urinating on Erdogan’s head in December 2017.

Reynar explains that the suits were filed after the attacks of January 22, 2018 which were a result of Afrika being targeted by Turkish President Tayyip Erdogan himself and he also recalled a statement by then Turkey’s Deputy Prime Minister Recep Akdag that they would do their utmost to punish those to blame.

All three cases against Afrika, he notes, were political.

“The pressure against freedom of the Press and expression is the beginning of a pressure certain people wish to exert on Turkish
Cypriots,” he says.

He continues noting that there has been a number of developments for some years now on that front, but that it is the first time such a clear attack takes place. On January 22, they attacked Afrika premises with stones and a legal attack was launched against the newspaper.

It was the first time, Reynar says, that a case was filed over a collage. In reality, he says, “it was a case against a caricature that Sener Levent found on the internet, as he told the ‘court’, from a Greek friend of his on Facebook and he published it on the newspaper.”

Even if they had not taken it from the internet, he stresses, had they drawn it and published it, that would still fall under freedom of expression.

Day by day, the lawyer says, Ankara’s policies are imposed. The pressure increases and it is not just economic but are now touching on the freedoms.

“This is very dangerous. There is now an intervention on our identity, on the meaning of Democracy, they are intervening on who we are. That is why I believe that the time has come to wonder who we are and that is why I decided to take part in this struggle. I considered it my duty. I could have stayed out of it, especially after I resigned. But this is a social obligation which I undertook with great zest,” he notes.

Asked whether he believes the Turkish Cypriot community is in danger, Reynar replies: “in great danger.”

It may seem simple and this decision’s significance may not be perceived but when the area of freedoms is under threat, as is the case right now in the north of Cyprus, then this decision is of great importance.