What you need to know about the coronavirus today 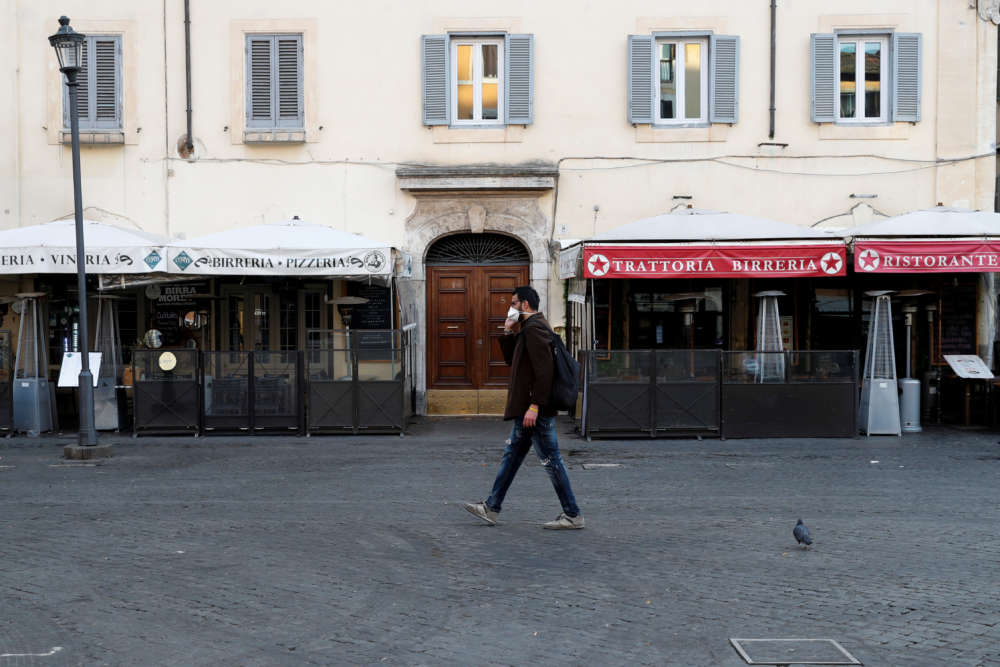 Here are today’s developments on the coronavirus epidemic:

The red zone of Italy

Italy’s lockdown measures to try to beat the coronavirus are reducing its economic output by around 10-15%, Lorenzo Codogno, a former Italian Treasury chief economist said on Tuesday.

Prime Minister Giuseppe Conte unexpectedly expanded the so-called red zone to the entire country on Monday night, introducing the most severe controls on a Western nation since World War Two and raising fears for the future, especially among small businesses.

The death toll in Italy jumped by 168 to 631 on Tuesday. The increase of 36% is the largest rise in absolute numbers since the contagion came to light on Feb. 21.

“We will use all the tools at our disposal to make sure that the European economy weathers this storm,” European Commission President Ursula von der Leyen reassured the EU after a extraordinary summit of leaders, all of whom have now confirmed cases of coronavirus in their countries.

The European Commission, the executive arm of the EU, will set up a joint investment fund with firepower of 25 billion euros from existing resources to cushion the blow to vulnerable sectors of the bloc’s economies, she said.

However, the fund will have no fresh money, an EU official said, raising doubts about its effectiveness to provide a sufficient fiscal boost to counter a serious downturn.

There are over 119,000 cases of coronavirus globally and 4,296 deaths linked to the virus as of Wednesday 0200 GMT, according to a Reuters tally.

New countries reporting cases in the past 12 hours were Bolivia, the Democratic Republic of Congo, Jamaica and Turkey.

Fatalities were up over 26% globally from a day earlier, with Italy and Iran reporting 168 and 54 deaths respectively. Other countries reporting fatalities include Monaco, France, Japan, Lebanon, Switzerland, the United Kingdom and the United States.

Panama also recorded its first fatality among seven new confirmed cases, only a day after reporting its first case.

‘No handshake’ hard to remember

Dutch Prime Minister Mark Rutte spoke at a news conference earlier this week to announce a ‘no handshake’ policy, but then immediately reverted to type, shaking hands with a health official at the end of the conference.

“Oh sorry, sorry, no, no, over, we can’t do that anymore!”, the embarrassed premier exhorted when the official pointed out his error, as the two men laughed.