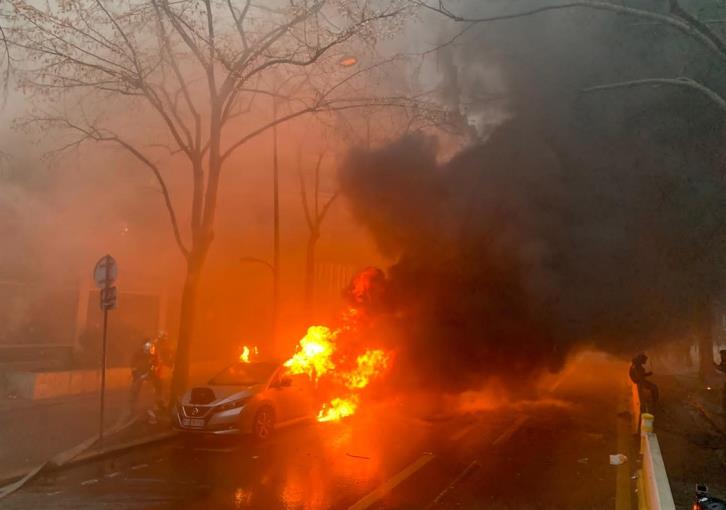 Dozens of hooded protesters launched projectiles at riot police, smashed up shop windows, torched cars and burned barricades during a demonstration in the French capital on Saturday (December 5) against police violence.

The police fired back volleys of tear gas.

Thousands of people had began marching peacefully in Paris when the clashes erupted between police and pockets of protesters, most dressed in black and their faces covered. Some used hammers to break up paving stones.

In one incident, police charged after fireworks were launched at their lines. Hooded youths smashed one store window. There were violent clashes between protesters and police in a similar protest last week.

In a U-turn earlier this week, Macron’s ruling party said it would rewrite part of a draft security bill that would curb rights to circulate images of police officers after it provoked a strong backlash among the public and the political left.

His government also said the police needed to be better protected from online hate.

The protesters marched through the French capital under the close watch of riot police, waving banners that read “France, land of police rights” and “Withdrawal of the security law”.

France has been hit by a wave of street protests after the government introduced a security bill in parliament that set out to increase its surveillance tools and restrict rights on circulating images of police officers in the media and online.