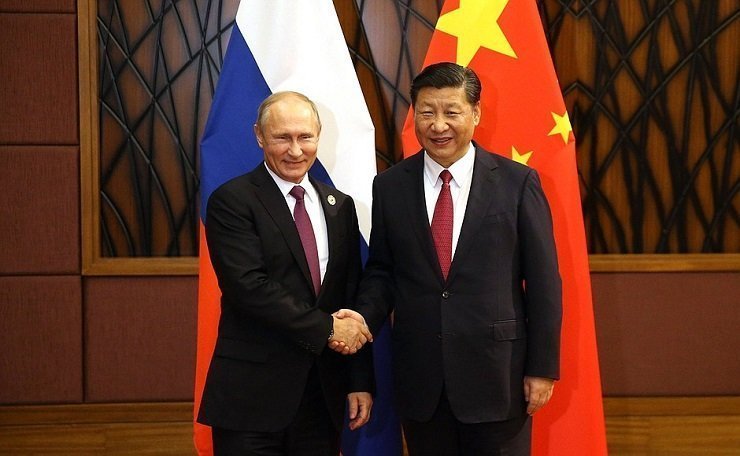 The US government imposed sanctions on the Chinese military on Thursday for buying fighter jets and missile systems from Russia, in breach of a sweeping U.S. sanctions law punishing Moscow for meddling in the 2016 U.S. election.

The US State Department said it would immediately impose sanctions on China’s Equipment Development Department (EDD), the military branch responsible for weapons and equipment, and its director, Li Shangfu, for engaging in “significant transactions” with Rosoboronexport, Russia’s main arms exporter.

The sanctions are related to China’s purchase of 10 SU-35 combat aircraft in 2017 and S-400 surface-to-air missile system-related equipment in 2018, the State Department said.

They block the Chinese agency, and Li, from applying for export licenses and participating in the U.S. financial system.

It also adds them to the Treasury Department’s list of specially designated individuals with whom Americans are barred from doing business.

The US also blacklisted another 33 people and entities associated with the Russian military and intelligence, adding them to a list under the 2017 law, known as the Countering America’s Adversaries Through Sanctions Act, or CAATSA.

In Beijing, the Chinese government expressed anger and demanded the sanctions be withdrawn.

“We strongly urge the US to immediately correct the mistake and rescind the so-called sanctions, otherwise the U.S. side will necessarily bear responsibility for the consequences,” he said, without giving details.

China has “normal” military exchanges and cooperation with Russia, aimed at protecting regional peace and stability, which is not against international law or aimed at any third party, Geng added.

China will continue to work with Russia to promote strategic cooperation at an even higher level, he said.

In Moscow, Russian member of parliament Franz Klintsevich said the sanctions would not affect the S-400 and SU-35 deals.

“I am sure that these contracts will be executed in line with the schedule,” Klintsevich was quoted as saying by Russia’s Interfax news agency. “The possession of this military equipment is very important for China.”

Security analysts in Asia said the move was largely symbolic and would only push Moscow and Beijing closer together.

“The imposition of US sanctions will have zero impact on Russian arms sales to China,” said Ian Storey, of Singapore’s ISEAS Yusof Ishak Institute.

“Both countries are opposed to what they see as U.S. bullying and these kind of actions will just push Beijing and Moscow even closer together,” he said, adding that Moscow needed Chinese money and Beijing wanted advanced military technology.

The Trump administration is pursuing strategies to clamp down on China and faces growing pressure to respond strongly to U.S. intelligence agency reports that Russia is continuing to meddle in US politics.