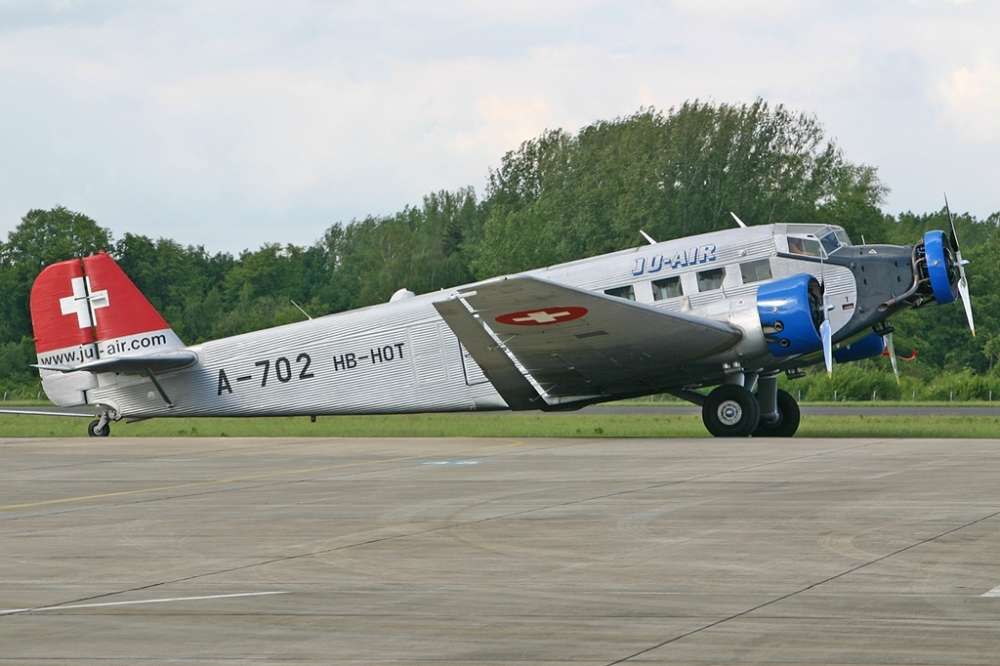 All 20 people on board were killed when a small vintage plane crashed in the Swiss Alps, police said on Sunday.

Three Austrians and 17 Swiss were on board the trimotor JU-52 aircraft, built in the late 1930’s as a military aircraft and later used to operate scenic and charter flights, when it crashed shortly before 5 p.m. (1500 GMT) on Saturday on the west side of the Piz Segnas mountain in the canton of Grissons.

The plane had been returning from Locarno near Switzerland’s southern border.

Police said those killed were couples from the Swiss cantons of Zurich, Thurgau, Lucerne, Schwyz, Zug and Vaud, along with a three-member family from Austria and three crew members from Thurgau and Zurich.

“Yesterday was the worst day in the 36-year history of JU-Air,” the airline’s Chief Executive Kurt Waldmeier said at a news conference in nearby Flims on Sunday. “We have all suffered a very great loss.”

Police said they were not aware of any distress call and had not yet determined the cause of the crash, which occurred hours after a family of four was killed when their small plane went down further west in the Alps.

The investigation, complicated by the vintage plane’s lack of a “black box” flight recorder, will take several days.

“One can ascertain that the aircraft hit the ground nearly vertically at high speed,” Daniel Knecht, who heads the aviation division of the Swiss Transportation Safety Investigation Board, said.

It was the first time the airline had experienced an accident that resulted in death or injury to passengers or crew members, Waldmeier said. The airline suspended flights until further notice.

The plane that crashed had its last maintenance check in late July, Waldmeier said, at which time no defects had been found.

The wreckage of the plane was in a basin at 2,450 metres (8,000 feet) above sea level surrounded on three sides by peaks, a Reuters witness said. Rescuers and helicopters were at the scene.

The airspace above the crash site was closed by the Federal Office for Civil Aviation and access to popular hiking trails in the surrounding area was blocked.