Bitter fighting raged in Sievierodonetsk, but the region’s governor said Ukraine remained in control of an industrial area and chemical plant in the eastern city where hundreds of civilians are sheltering from incessant Russian shelling.

A Russia-backed separatist group on Saturday claimed 300 to 400 Ukrainian fighters were also trapped at the Azot plant.

Governor Serhiy Gaidai earlier conceded Russian forces now controlled most of the small city in Luhansk province, and said Russian shelling of the plant had ignited a big fire after an oil leak. It was not known if the fire was still burning on Sunday.

In neighbouring Donetsk province to the west, Russian media reported a huge cloud of smoke could be seen after an explosion in the city of Avdiivka, which houses another chemical plant.

Sievierodonetsk has become the epicentre of the battle in eastern Ukraine for control over the industrialised Donbas region, made up of the Luhansk and Donetsk provinces. 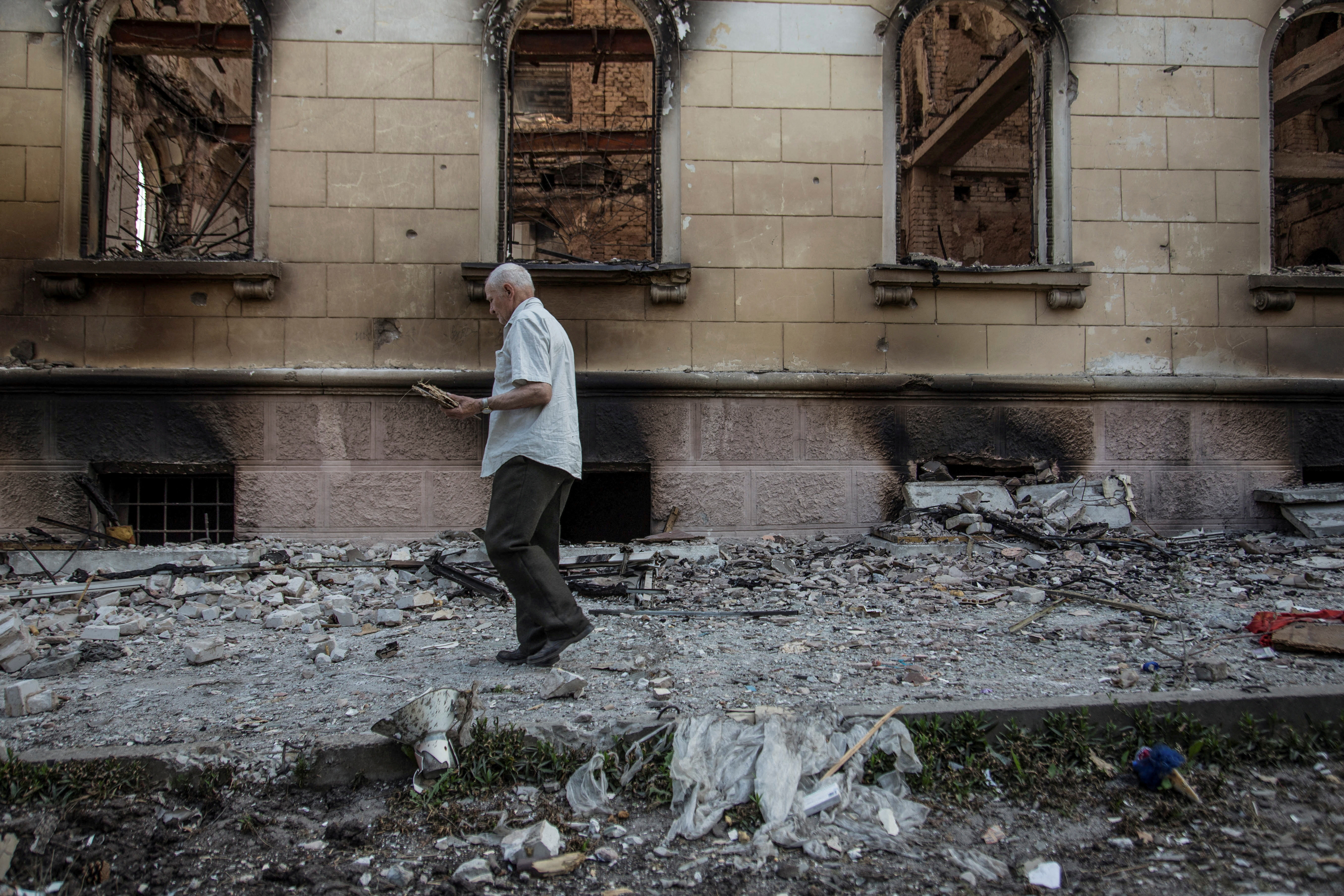 Weeks of fighting has pulverised parts of the city and has been some of the bloodiest since Moscow began its invasion on Feb. 24.

After being forced to scale back its initial campaign goals, including withdrawing troops that had been menacing Kyiv, Moscow has turned to expanding control in the Donbas, where pro-Russian separatists have held a swath of territory since 2014.

Putin calls the invasion a “special military operation” to disarm and “denazify” Ukraine. Kyiv and its allies call it an unprovoked war of aggression to capture territory.

Ukraine has said some 800 people were hiding in bomb shelters under the Azot plant, including employees and city residents.

“No one can say whether and how many victims there have been in the last 24 hours in Sievierodonetsk, where intense fighting continues,” Gaidai said on the Telegram messaging app on Sunday.

“Yes, people have been constantly in the shelters, but the Russians are firing at residential areas for hours at a time, using large-calibre artillery,” he said. “Everyone wants to evacuate now, probably, but so far there is no such possibility,”

In Lysychansk – Sievierodonetsk’s twin city across the Donets River – a woman was killed in Russian shelling while four houses and a shopping centre were destroyed.

To the south and southwest of Sievierodonetsk, Russian forces were firing mortars and artillery around a number of settlements, according to a daily update from Ukraine’s general staff.

But it said Ukrainian forces had repulsed Russian attempts to advance towards some communities.

Reuters could not independently verify the battlefield reports.

Badly outgunned, Ukraine has appealed to the West for swifter deliveries of heavy weapons including missile systems to turn the tide of the war.

Ukrainian forces have proven more resilient than expected, but the U.S.-based Institute for the Study of War said that as they use the last of their stocks of Soviet-era weapons and munitions, they will require consistent Western support.

Pavlo Kyrylenko, the Donetsk governor, said two civilians were killed in Russian shelling on Saturday and at least 10 wounded.

In the northeastern city of Kharkiv, some students returned to their destroyed school to hold a prom, dancing and posing for pictures in the ruins.

None of the three has been to Kyiv since Russia’s invasion. Macron has sought to maintain a dialogue with Russian President Vladimir Putin, a stance some eastern European and Baltic countries see as undermining efforts to push him into negotiations.

All 27 EU governments would have to agree to grant Ukraine candidate status, after which there would be extensive talks on reforms required before the country could be considered for membership.

Volodymyr Trush, governor of the Ternopil region in western Ukraine, said on Saturday evening there was a Russian airstrike in the area of the city of Chortkiv. Russian planes had not attacked the area since early April. The mayor of Chortkiv urged all residents to remain in shelters.

Russian authorities have started handing out Russian passports in two occupied Ukrainian cities – Kherson and Melitopol, Russian news agencies said. It was not known how many were distributed.

“China is committed to promoting peace talks. China supports talks between Russia and Ukraine. We also hope the U.S. and NATO will have talks with Russia to create conditions for an early ceasefire,” Wei said.

China has refused to call Russia’s action an invasion and says sanctions will not solve the problem.

In answer to a question, Wei said China had never provided any materiel support to Russia. However, data shows it has been ramping up purchases of Russian oil.