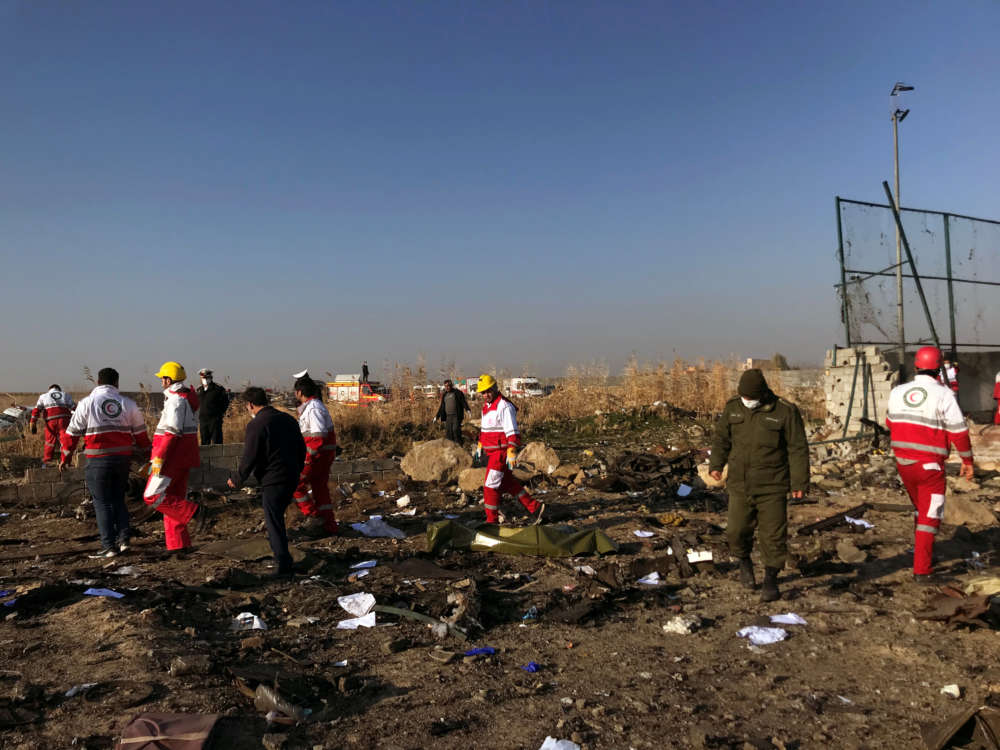 Ukraine International Airlines said on Saturday that its plane that crashed in Iran this week had received no warning from Tehran airport about a possible threat to its safety before it took off en route for Kiev.

At a briefing by its president and vice president, the airline also denied the aircraft veered off its normal course after an Iranian military statement said the plane flew close to a sensitive military site of the elite Revolutionary Guards.

The airline officials bristled at what they said were hints from Iran that the crew had not acted properly.

Iran said earlier that its military mistakenly shot down the plane, saying air defences were fired in error while on high alert in the tense aftermath of Iranian missile strikes on U.S. targets in Iraq. All 176 people on board were killed.

The airline officials called on Iran to take full responsibility for the crash and said the Iranian authorities should have closed the airport.

“If you play at war, you play as much as you want, but there are normal people around who you had to protect,” Vice President Ihor Sosnovsky said.

“If they are shooting from somewhere to somewhere, they were obliged to close the airport. Obliged. And then shoot as much as you want.”

He added that the plane had turned 15 degrees to the right after it had reached 6,000 feet, in accordance with the instructions of the airport dispatcher.

Eleven Ukrainians, including nine crew, died in the crash, according to Ukrainian government figures.

Yevhenii Dykhne, the president and chief executive of the airline, made an emotional opening statement to reporters saying the airline had not done anything wrong in terms of following security procedures.

The airline said Tehran airport was operating normally at the time its aircraft took off. Asked why there had been a delay in take-off, Dykhne said the captain had decided to offload some luggage because the plane was too heavily loaded.