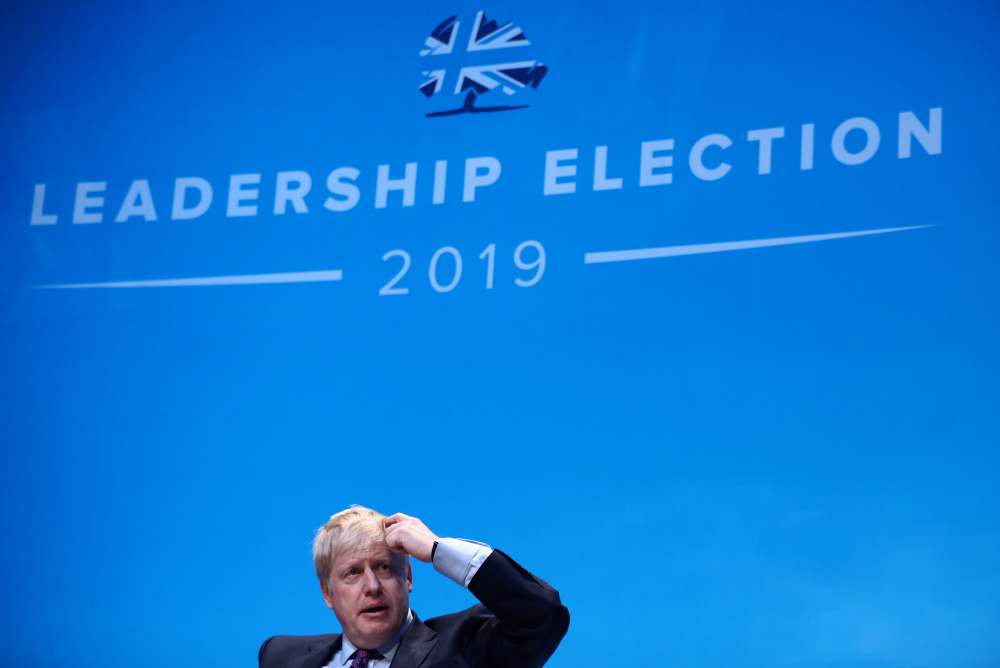 Boris Johnson, the favourite to be the next British Prime Minister, said on Saturday that party members were not interested in why police were called to investigate concerns for the welfare of a woman in his home.

Early on Friday, British police were called to Johnson’s home after neighbours heard a loud altercation between him and his girlfriend.

Johnson to declined to answer questions about the incident at a hustings event in Birmingham, in central England, saying that party members would rather hear about his plans for Britain than about the incident.

“I don’t think (audience members) want to hear about that kind of thing, unless I’m wrong,” Johnson said when asked about the incident, to applause from the audience.

“I think what they want to hear is what my plans are for the country and for my party.”

Police had been called to an address in south London where Johnson is living with his girlfriend, Carrie Symonds. Johnson is currently divorcing his second wife.

“The caller was concerned for the welfare of a female neighbour,” the police said in a statement on Friday evening. “Police attended and spoke to all occupants of the address, who were all safe and well.”

“There were no offences or concerns apparent to the officers and there was no cause for police action,” the statement said.

The Guardian newspaper, which first reported the story, said an unidentified neighbour had heard a woman screaming followed by “slamming and banging”. At one point Symonds could be heard telling Johnson to “get off me” and “get out of my flat”.

Despite a series of scandals in the past and criticism about his attention to detail, Brexit supporter Johnson has dominated the race to replace Prime Minister Theresa May.

After a series of ballots to whittle down the race to two candidates, 160,000 Conservative Party members will now chose either Johnson and Foreign Secretary Jeremy Hunt as their next leader – and thus the next prime minister.

At the event in Birmingham, Johnson said that people had a right to ask questions about his character, said that his record in office showed he had the right character to be prime minister.

Johnson, 55, who served as London mayor for eight years, has cast himself as the only candidate who can deliver Brexit on Oct. 31 while fighting off the electoral threats of Nigel Farage’s Brexit Party and Jeremy Corbyn’s Labour.

A neighbour of Johnson told the Guardian newspaper that they had recorded the altercation from inside their flat out of concern for Symonds.

The Guardian said it had reviewed the recording and that Johnson could be heard refusing to leave the flat and using a swear word to tell Symonds to get off his laptop. Crashing sounds can also be heard, the newspaper said.

Reuters has not reviewed the audio.

Symonds is heard saying Johnson had ruined a sofa with red wine, according to the Guardian’s account.

“You just don’t care for anything because you’re spoilt. You have no care for money or anything,” Symonds is quoted as saying by the newspaper.