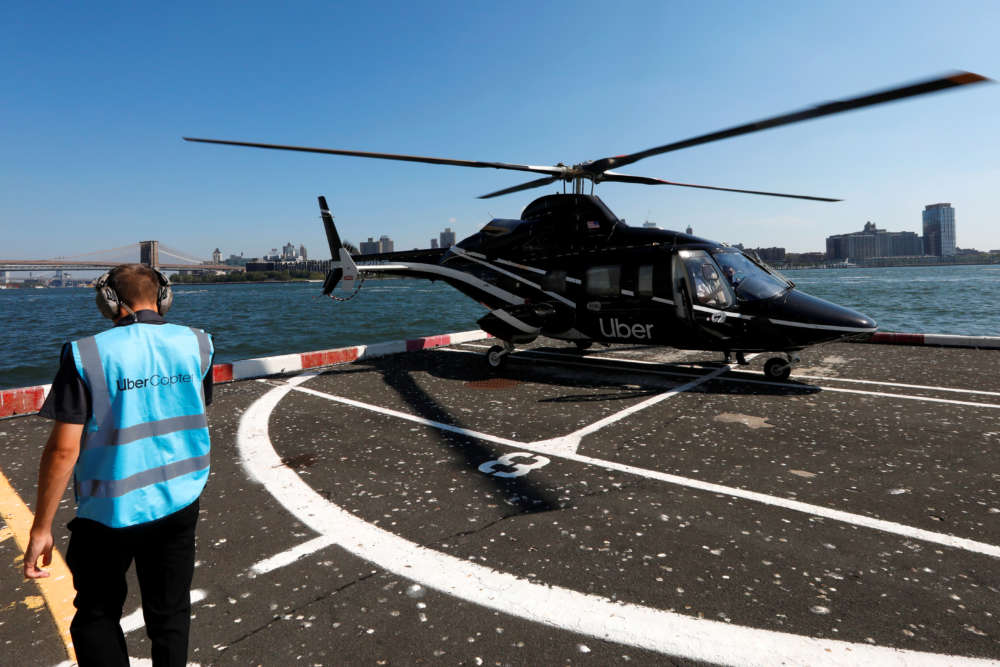 Ride-hailing company Uber Technologies Inc is taking to the air in New York City where users with a little cash to spare will soon be able to book helicopter flights to John F. Kennedy International airport through their apps.

The company announced its Uber Copter offer on Thursday, saying flights to and from Lower Manhattan will become available to all Uber users on Oct. 3. Uber made the feature available to its premium members in June.

The roughly eight-minute flight will cost between $200 and $225 per person and include ground transportation on either side of the trip. Passengers can bring along a small suitcase and have to watch a safety video before takeoff, similar to that on an airplane.

The flights are operated by HeliFlite Shares, a licensed company, and Uber’s prices roughly compare to those of competitors offering helicopter rides to JFK.

For now, Uber rides shuttling passengers to the heliport in Manhattan are only available from the southern tip of the island.

Uber says the service is intended to reduce travel times, but when Reuters tried Copter on Wednesday, a trip from its Midtown office to the airport took 70 minutes, including a subway ride downtown and two Uber rides to and from the heliport. That’s about the same time it would have taken by regular taxi in moderate traffic.

An Uber spokeswoman on Thursday said that trip was not realistic as part of the commercial rollout, however, as the Copter option is only shown to customers located in the geofenced Lower Manhattan area.

“Uber Copter won’t appear as an option in the app if you are outside of the geofence because it wouldn’t provide time savings,” the spokeswoman said.

“Helicopters are certainly expensive and it will be a premium product, but we think we’re actually able to offer a fairly accessible entry point with Uber Copter,” Allison said during an interview on Wednesday.

JFK is one of the countTry’s largest airports and car trips from congested Manhattan can take anywhere from one to two hours, while public transit takes between 50 and 75 minutes.

With concerns mounting over congestion and vehicle emissions, Uber hopes its NYC Copter project will pave the way for Uber Air, a taxi service of electric “vertical take-off and landing” aircraft.

George Clooney among artists recognized for their contributions to American culture