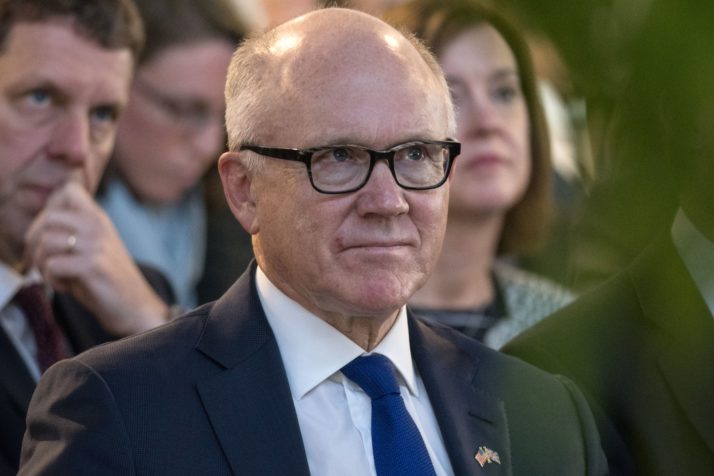 Britain’s relationship with the United States is more important than ever and will prosper as Britain leaves the European Union, Washington’s ambassador to London Woody Johnson said on Wednesday.

He added that the chances of a future trade deal between the two countries should not be damaged by false concerns over U.S. farming practices which he said had been largely driven by the European Union to create barriers to U.S. farm products.

“I have confidence that whatever way you decide to go that the U.S. and our special relationship will continue and prosper, no matter what,” he told BBC Radio.

Asked if that included in a no deal Brexit scenario, he replied: “In any situation I know that our two countries have to be together in this free world. There’s a lot of danger out there, so our relationship is more important now than ever whatever happens with Brexit.”

Johnson said he could not confirm if U.S. President Donald Trump would make a state visit to Britain in June – the 75th anniversary of the allies D-Day Landings in France during World War Two.

“I think it’s been presented but I don’t have any of the details right now. He’s got a very, very big schedule…but we’d love to have him over here,” he said.

“His mother was born here so he has a great affection for this country.”