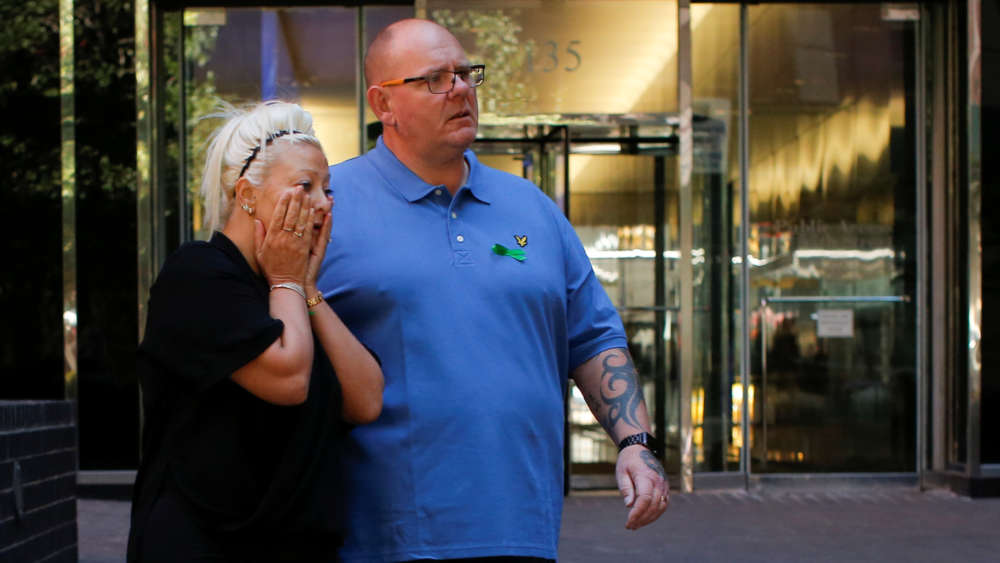 Donald Trump’s national security adviser heaped pain and grief on the parents of a British teenager killed in a car crash by trying to hold a meeting at the White House between them and a U.S. diplomat’s wife who was involved, the parents’ lawyer said.

Charlotte Charles and Tim Dunn were invited to a surprise meeting with the U.S. president at his office on Wednesday where they were further shocked to learn that Anne Sacoolas, the American woman involved in the fatal crash, was in the building.

Mark Stephens, the lawyer for Charles and Dunn, said national security adviser Robert O’Brien had the idea of overseeing a coming together of the families before they would then hug in front of an assembled media.

“(O’Brien has) heaped grief and pain on the family by making them go through this but not allowing them to get the closure they need by talking to Mrs Sacoolas before they can go onto the grieving stage,” Stephens told BBC radio on Thursday.

Harry Dunn, 19, died after a car driven by Sacoolas collided with his motorbike near RAF Croughton, an air force base in Northamptonshire in central England used by the U.S. military.

His parents want Sacoolas, who left Britain under a disputed claim of diplomatic immunity, to return to England to speak to the police. Through her lawyers, Sacoolas has said she is “devastated” and is willing to meet Dunn’s family.

Dunn’s parents said Trump had been responsive at their meeting but the planned encounter with Sacoolas had come as a bombshell.

“He said he was sorry about Harry and then he sprung the surprise that Mrs Sacoolas was in another room in the building and whether we want to meet her there and then,” Tim Dunn said.

“We said no because as we’ve been saying from the start we want to meet Mrs Sacoolas but we want to do it in the UK so the police can interview her. We didn’t want to be sort of railroaded, not into a circus as such, but a meeting we weren’t prepared for.”

While Trump and O’Brien had ruled out Sacoolas returning to Britain, Charles said Trump had taken her hand and promised to try to look at the issue from another angle. Stephens said that offer had left open the opportunity for a political solution.

“We have said for a long time the family needs to meet, they need to meet in private, away from the media and not curated by politicians, spies or indeed lawyers,” he said.

“Most sensible folk and not a nincompoop in a hurry would understand that.”