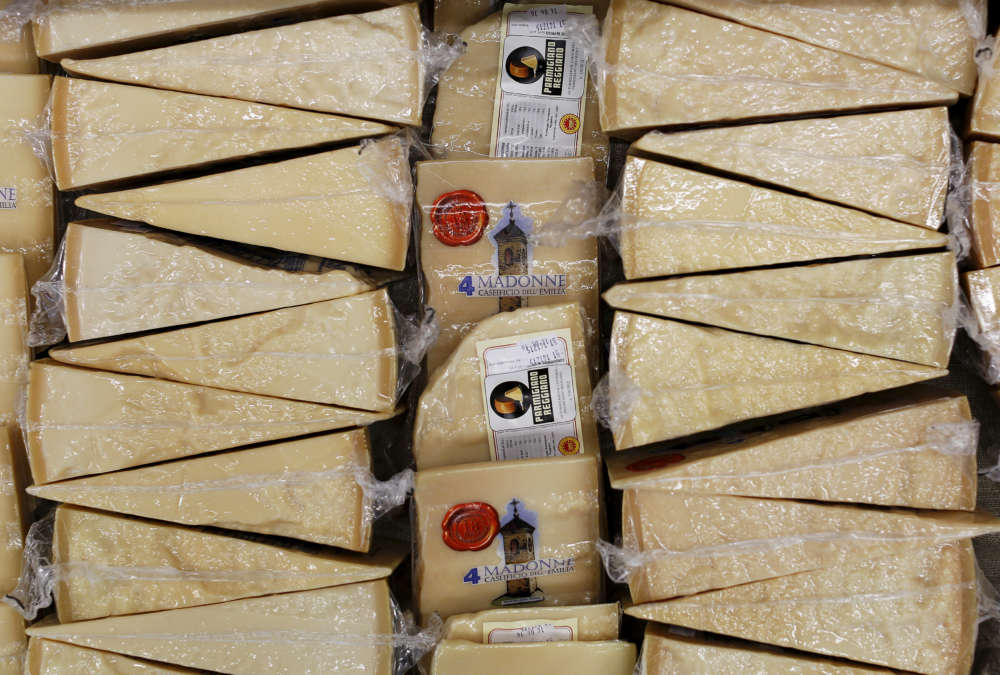 The U.S. Trade Representative’s Office released a list of hundreds of European products that will get new tariffs, including cookies, salami, butter and yogurt – but in many cases applied to only some EU countries, including German camera parts and blankets produced in the United Kingdom.

The list includes UK-made sweaters, pullovers, cashmere items and wool clothing, as well as olives from France and Spain, EU-produced pork sausage and other pork products other than ham, and German coffee. The new tariffs are to take effect as early as Oct. 18.

The U.S. Trade Representative’s Office said it would “continually re-evaluate these tariffs based on our discussions with the EU” and expects to enter talks in a bid to resolve the dispute.

The main target of the U.S. tariffs is Airbus aircraft made in the EU, which face 10% levy that could hurt U.S. airlines such as Delta that have billions of dollars of Airbus orders waiting to be filled.

Joseph Profaci, executive director of the North American Olive Oil Association, said a substantial portion of the imports initially threatened with tariffs were not on the list.

“We’re still digesting what it will mean for the industry, but the total universe of oil affected has been greatly reduced,” he said.

Specialty food importers in August had urged the Trump administration to skip the tariffs, saying “there are few to no domestic products” that could replace the imported items.

The Specialty Food Association said the tariffs would affect 14,000 U.S. specialty food retailers and over 20,000 other food retailers.

Ralph Hoffman, executive vice president of New Jersey-based Schuman Cheese, one of the largest importers of hard Italian cheeses, said the tariffs could slash his firm’s imports by 30% in the middle of the critical holiday season.

“It looks pretty bad. They hit cheese hard,” said Hoffman, who is also a vice president with the Cheese Importers Association of America.

Hoffman said Schuman and other companies had bought extra amounts of cheeses with a longer shelf life, but there was a limit to how much hedging they had been able to do. He said the company brings in over 1,100 containers of cheese each year, serving big box stores such as Costco and BJ’s Wholesale Club.

“This will put a massive dent in that,” he said.

Phil Marfuggi, president and CEO of Ambriola Co Inc, a unit of Auricchio SpA, one of Italy’s largest cheese producers, said 25% was lower than the 100% tariff initially threatened, but it came on top of 10-15% tariffs already paid on specialty cheeses.

Marfuggi, who also serves as president of the Cheese Importers Association of America, said his firm faced extra costs of up to $70,000 each for a dozen containers due to arrive in U.S. ports after Oct. 18, if USTR did not grant a shipping grace period.

Robert Tobiassen, president of the National Association of Beverage Importers, said the new tariffs on whisky, liqueurs and cordials, and wine from certain EU countries, would hit many of the United States’ 12,000 importers hard.

“These tariffs will devastate, perhaps destroy, many small and medium sized family businesses importing these products into the United States,” he said.

Many of the tariffs, especially those on alcohol, were not popular on social media.

Jacob Levy, a professor of political theory at McGill University, wrote on Twitter the tariffs were “an interesting strategy for lowering the trillion-dollar deficit: increase everyone’s need to drink to get through each day’s news, then tax the heck out of the good alcohol.”

By In Cyprus
Previous articleAvax onto a new path after J&P’s collapse
Next articleMainly fine on Thursday, possible showers ahead over weekend