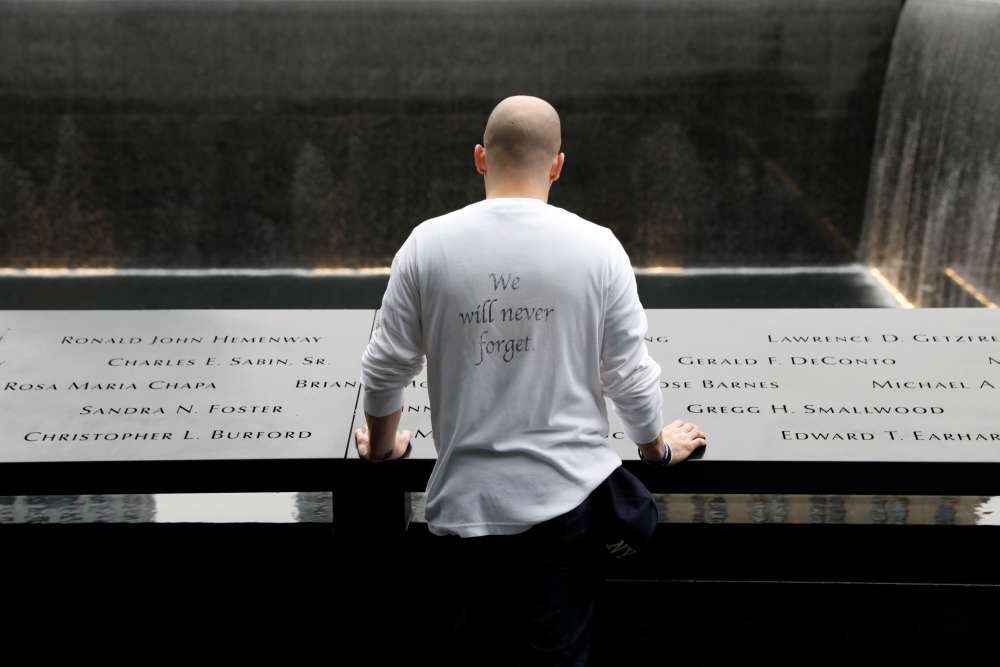 President Donald Trump on Tuesday lauded the men and women of United Flight 93 for saving countless lives when they struggled with hijackers on Sept. 11, 2001 and called the field where the plane went down a monument to “American defiance.”

Commemorating the 17th anniversary of the attacks that struck the World Trade Center in New York and the Pentagon in Washington, Trump said the nation shared the grief of the family members whose loved ones were lost that day.

“We grieve together for every mother and father, sister and brother, son and daughter, who was stolen from us at the Twin Towers, the Pentagon and here in this Pennsylvania field,” Trump said.

“We honour their sacrifice by pledging to never flinch in the face of evil and to do whatever it takes to keep America safe.”

Flight 93 was heading to San Francisco from Newark, New Jersey, when passengers stormed the plane’s cockpit and sought to take control from the hijackers, crashing in a field and preventing what was thought to be another planned target in Washington.

Family members of Flight 93, some of their voices breaking, read aloud the names of the 40 passengers and crew members who died. Memorial bells tolled.

Trump and his wife, Melania, traveled to the Flight 93 National Memorial from Washington and paused for a moment of reflection while overlooking the field where the plane crashed.

“They boarded the plane as strangers and they entered eternity linked forever as true heroes,” Trump said of the passengers and crew.

“This field is now a monument to American defiance. This memorial is now a message to the world: America will never, ever submit to tyranny.”

Commemorations also took place in New York and Washington to mark the anniversary of the 9/11 attacks by al Qaeda, in which nearly 3,000 people were killed