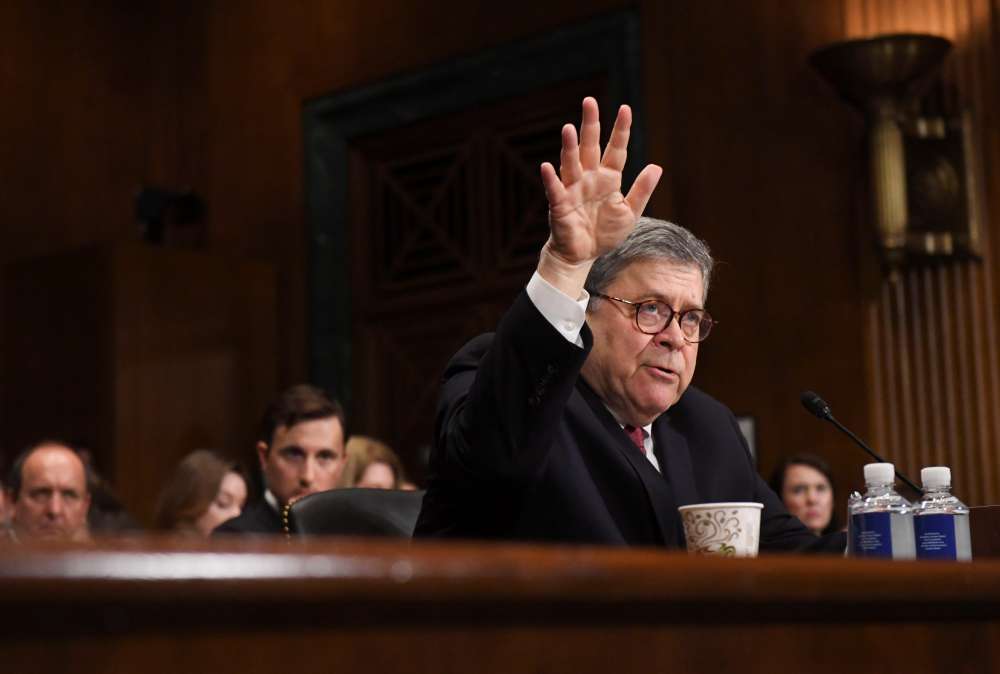 The Justice Department on Tuesday reversed course and urged a lighter sentence for Stone after prosecutors a day earlier recommended that the veteran Republican operative face sentencing within federal guidelines of seven to nine years.

The Justice Department’s highly unusual move, which came hours after Trump complained about the recommended sentence on Twitter, prompted all four U.S. prosecutors to quit the case and Democrats to accuse Barr of political interference.

“Congratulations to Attorney General Bill Barr for taking charge of a case that was totally out of control and perhaps should not have even been brought,” Trump tweeted early Wednesday.

Trump also targeted the judge in the case and the outgoing prosecutors in other tweets, and retweeted a post that urged a full pardon of Stone as well as another former Trump adviser, Michael Flynn.

The Justice Department says Trump did not influence the decision to seek a shorter sentence.

The White House said Trump did not interfere in the case.

“He’s the chief law enforcement officer. He has the right to do it — he just didn’t,” White House spokesman Hogan Gidley said on Fox News.

Stone and his lawyers also have not spoken with Trump regarding the latest developments in his case, according to two sources familiar with the matter.

Legal experts called the department’s change of course highly unusual, though some said the initial recommendation did appear severe.

“Do not underestimate the danger of this situation,” tweeted Eric Holder, former President Barack Obama’s attorney general. “This affects the rule of law and respect for it. Unprecedented.”

Senate Republicans, who last week acquitted Trump of impeachment charges stemming from his efforts to pressure Ukraine to investigate a political rival, said they were not bothered.

“I’m not disturbed about it at all. If you read the reports, this action began on Monday night before the president’s tweets, so I’ve got to take them at their word,” Republican Senator Tim Scott told reporters.

Stone is scheduled to be sentenced on Feb. 20 after being found guilty in November on seven counts of lying to Congress, obstruction and witness tampering stemming from the government investigation into Russian interference in the 2016 U.S. presidential election.

Stone and Flynn, Trump’s former White House national security adviser, were among a number of Trump associates who were found or pleaded guilty in U.S. Special Counsel Robert Mueller’s Russia probe, which Trump has called a “witch hunt.”

Trump on Tuesday also withdrew the nomination of Jessie Liu, a former U.S. attorney in Washington whose office prosecuted Stone, for a new post in the Treasury Department. Liu had been scheduled to appear publicly before the Senate on Thursday.

Several Senate Democrats called on Republican Senate Judiciary Committee Chairman Lindsey Graham to investigate the matter. Representatives for Graham, a staunch Trump ally, did not immediately respond to a request for comment.