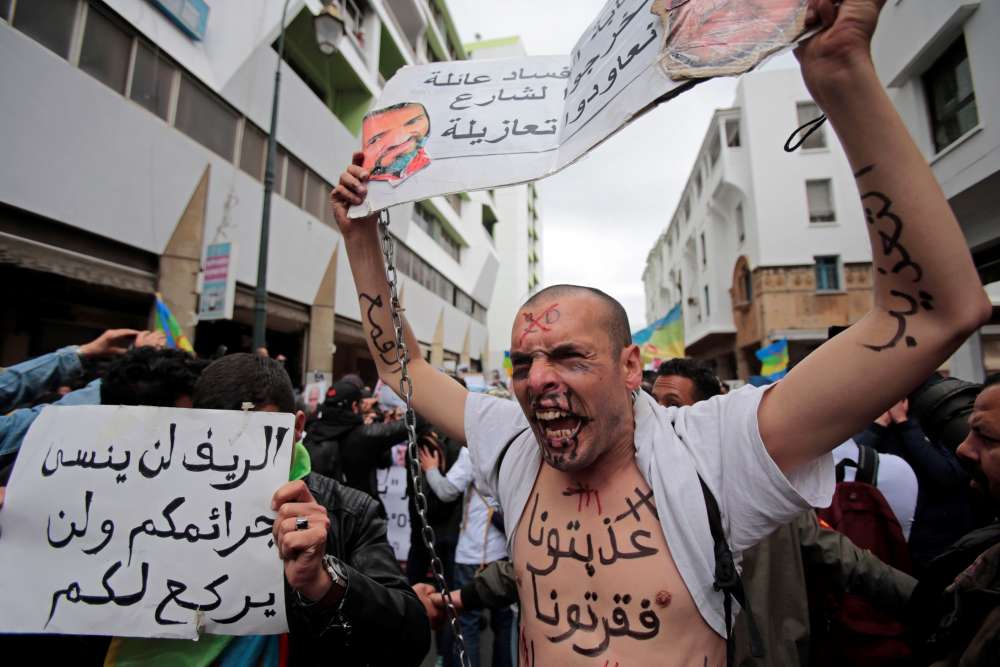 Thousands of Moroccans staged a march on Sunday in downtown Rabat to demand the release of activists who led protests over economic and social problems in the northern Rif region in late 2016 and 2017.

Another 35 activists were jailed for between two and 15 years and one received a one-year suspended sentence.

Carrying flags of the Amazigh community and pictures of jailed activists, participants in the march chanted “Freedom, dignity and social justice”, “Long live the Rif”, and “The people want immediate release of Rif detainees.”

The demonstrators also called for the release of journalist Hamid El Mahdaoui who covered the Rif protests and received a three-year jail sentence on the charge of not reporting a crime against state security after receiving a phone call from a Moroccan living abroad saying he would introduce arms to Morocco.

The Rif demonstrations, along with those in the mining town of Jerada in early 2018, have been the most intense since unrest in 2011 prompted King Mohammed VI to devolve some of his powers to an elected parliament.

The protests in the predominantly Amazigh-speaking Rif erupted after the death of fishmonger Mouhcine Fikri in October 2016, who was crushed inside a rubbish truck trying to recover fish confiscated by police.