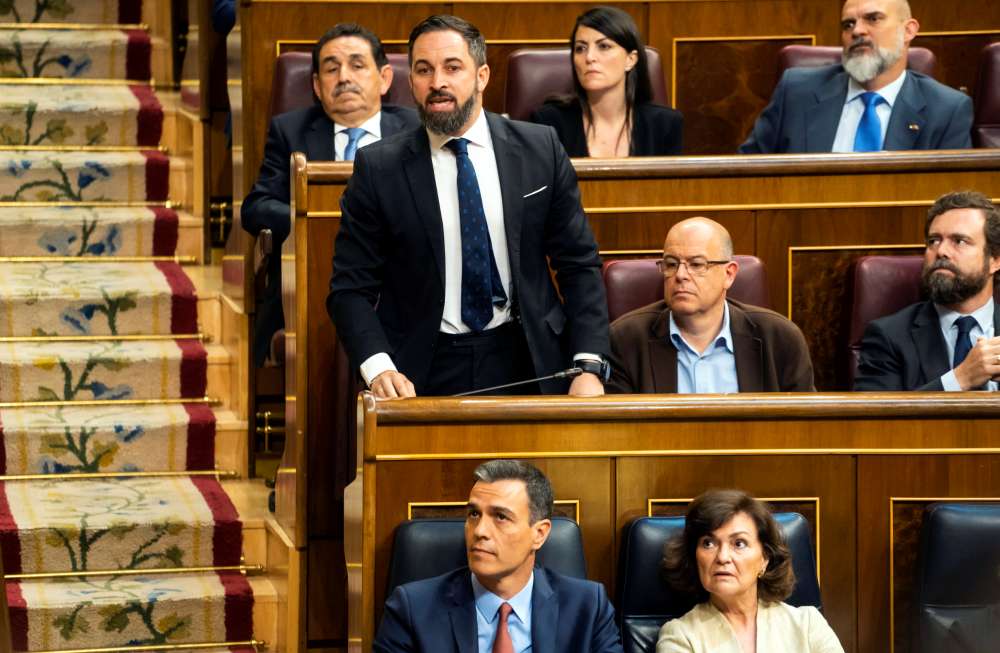 A conservative was sworn in on Saturday as Madrid’s new mayor, regaining control of the Spanish capital for his People’s Party (PP) after forging a rightist coalition involving the anti-immigration Vox group.

Spain’s municipal elections in May led to a fragmented political landscape, requiring numerous power-sharing deals to form coalition governments and keeping some of the most-voted candidates out of office.

The PP’s candidate for Madrid mayor, Jose Luis Martinez-Almeida, came second behind a far-left candidate but he managed to win control of the city government with the backing of far-right Vox as well as the centre-right Ciudadanos party.

Some members of Ciudadanos have expressed unease over the party’s decision to deepen its alliance with Vox and the PP to secure a share of power in Madrid and the southeastern Murcia region.

In neighbouring France, President Emmanuel Macron’s government warned Ciudadanos, its Spanish centre-right ally in the European Parliament, of possible “consequences” if it went ahead with local alliances with Vox.

Under the Spanish municipal electoral system, city halls must choose a mayor from whichever group forms a majority if no single candidate wins outright.

In Madrid, outgoing far-leftist mayor Manuela Carmena won the election, obtaining 19 seats in the 57-seat city hall, but she fell short of a majority in a coalition with the Socialists.

The PP came second, with 15 seats, while Ciudadanos got 11 and Vox, four — enough to reach a majority between them.

Representatives of the three parties voted on Saturday to install Almeida as the new mayor, handing control of the Spanish capital back to the PP, which had governed it for two decades until Carmena was elected in 2015.

Vox said on Saturday it had agreed with the PP and Ciudadanos to extend their pact across the country in order to avoid the inauguration of leftist municipal administrations.

In Barcelona, Spain’s second-largest city, far-leftist acting mayor Ada Colau was expected to secure a second term with support from the Socialists and other groupings in a deal aimed at preventing a Catalan pro-independence leader from taking the job.