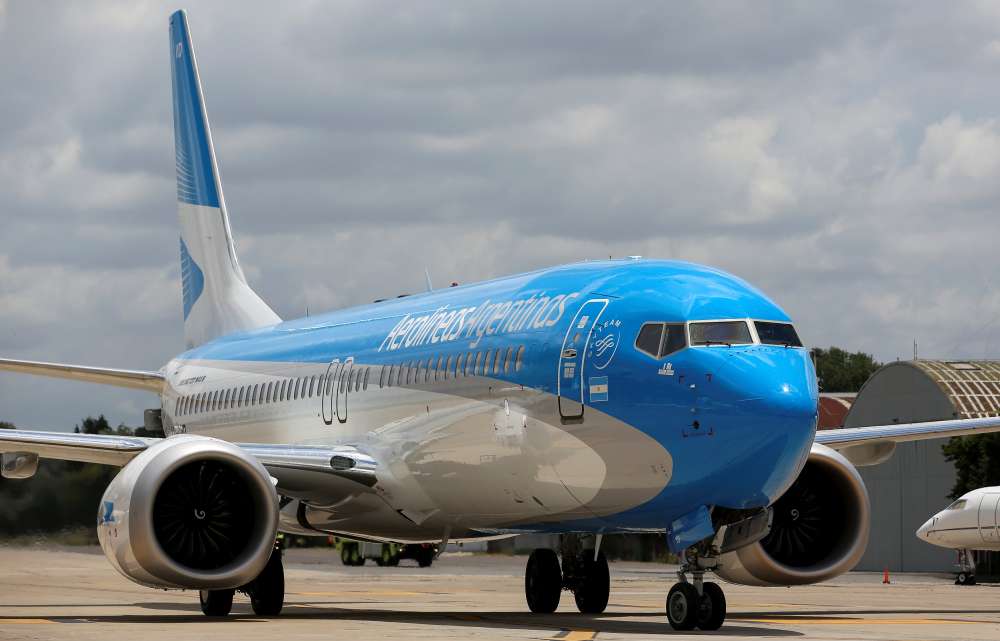 Singapore suspended operations of all Boeing 737 MAX aircraft in and out of Changi airport on Tuesday, and Indonesia and China grounded their fleets of the U.S. planemaker’ s latest model after it suffered a second fatal crash in less than five months.

The scare has wiped billions of dollars off the market value of the world’s biggest planemaker, as the Boeing Co share closed 5 percent down on Monday having fallen by as much as 13.5 percent at one point.

A day after a Ethiopian Airlines passenger jet plunged to the ground, killing all 157 people aboard, the United States stressed it was safe to fly the planes.

But a statement issued by Singapore’s Civil Aviation Authority (CAAS) showed question-marks hanging over the aircraft after Sunday’s disaster could not be dispelled so fast.

“During the temporary suspension, CAAS will gather more information and review the safety risk associated with the continued operation of the Boeing 737 MAX aircraft into and out of Singapore,” the regulator said in a statement.

It is the first major regulator to order such an action, but the anxiety was also evident among air travellers, who rushed to find out from social media whether they were booked to fly on 737 MAX planes – the same model involved in the Lion Air crash off Indonesia that killed 189 people in October.

There has been no information yet to link the Lion Air and Ethiopian Airlines incidents.

Investigators in Ethiopia found two black box recorders that will provide information about what happened before the plane plunged into farmland minutes after take-off from Addis Ababa.

So long as the recordings are undamaged, the cause of the crash could be identified quickly, although it typically takes a year to fully complete an investigation.

The U.S. Federal Aviation Administration (FAA) issued a “continued airworthiness notification” for the 737 MAX late on Monday to assure operators, and detailed a series of design changes mandated by Boeing.

Boeing issued a statement as well, saying it had been working with the FAA in the aftermath of a Lion Air crash to develop enhancements to flight control software that will be deployed across the 737 MAX fleet in coming weeks.

The new MAX 8 variant of the 737, the world’s best-selling modern passenger aircraft, has bigger engines designed to use less fuel. It entered service in 2017, and by the end of January Boeing had delivered 350 of the new jets to customers.

With another 4,661 on order, 737 Max 8s could become the workhorses for airlines around the globe for decades.

Ethiopian Airlines, which has four other 737 MAX 8 jets, said it was grounding them as a precaution.

China on Monday ordered its airlines to suspend the use of their 737 MAX 8 jets. The country’s aviation regulator said it would notify airlines when they could resume flying the jets, after contacting Boeing and the FAA.

The current scare could jeopardise a potential commitment by China to buy more Boeing-made aircraft as part of a deal being negotiated to end a trade war with the United States.

Indonesia on Monday said it would temporarily ground 737 MAX 8 jets operating in the country for inspections.

Vietnam state media reported the aviation regulator will not issue licences to local airlines to operate the 737 MAX until the cause of the Ethiopian crash is determined.

Still, major airlines from North America to the Middle East kept flying the 737 MAX, though Canadian Transport Minister Marc Garneau said he would not hesitate to take action once the cause of the crash is known.

Southwest Airlines Co, which operates the largest fleet of 737 MAX 8s, said it remained confident in the safety of all its Boeing planes even as it fielded queries from customers.

“Our customer relations team is responding to these customers individually, emphasizing our friendly, no-change fee policy,” the fourth largest U.S. airline said in a statement.

Flydubai said it had received the FAA’s continued airworthiness notification and no further action was required at this time, while Turkish Airlines said it was closely monitoring developments.

Former FAA accident investigator Mike Daniel said he believed the decision by regulators to ground the planes was premature. “To me it almost surreal how quickly some of the regulators are just grounding the aircraft without any factual information yet as a result of the investigation,” he told Reuters.

However, he said more groundings were now likely due to a “snowball effect” unless Boeing or the FAA released more information.