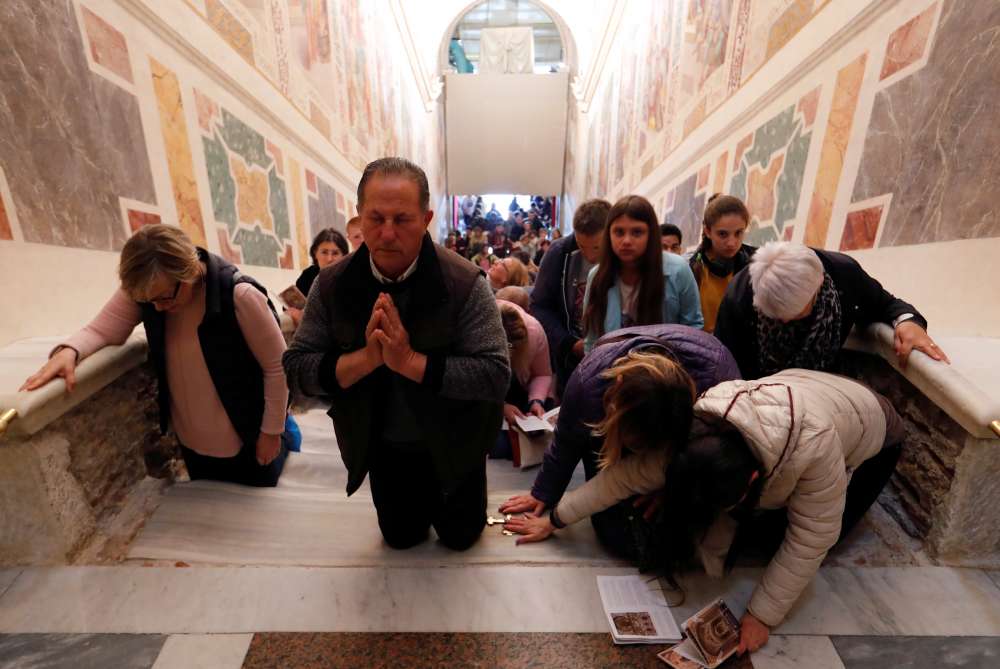 Rome’s “Holy Stairs,” which some Catholics believe were climbed by Jesus in Jerusalem, have been uncovered from a protective wooden casing for the first time in nearly three centuries and restored.

The 28 marble steps will remain bare temporarily for devout pilgrims to climb on their knees with direct contact with the stone until they are covered again in June.

According to tradition, the stairs, known as the “Scala Sancta,” were part of Pontius Pilate’s palace in Jerusalem and brought to Rome in 326 by St. Helen, the mother of Roman emperor Constantine, after she converted to Christianity.

But some scientists believe the stairs are only part of a legend or a symbolic replica of the stairs of Pilate’s palace.

Pilate was the Roman governor of the province of Judea who, according to the Bible, succumbed to demands by Jerusalem’s Jewish leaders that Jesus be crucified. 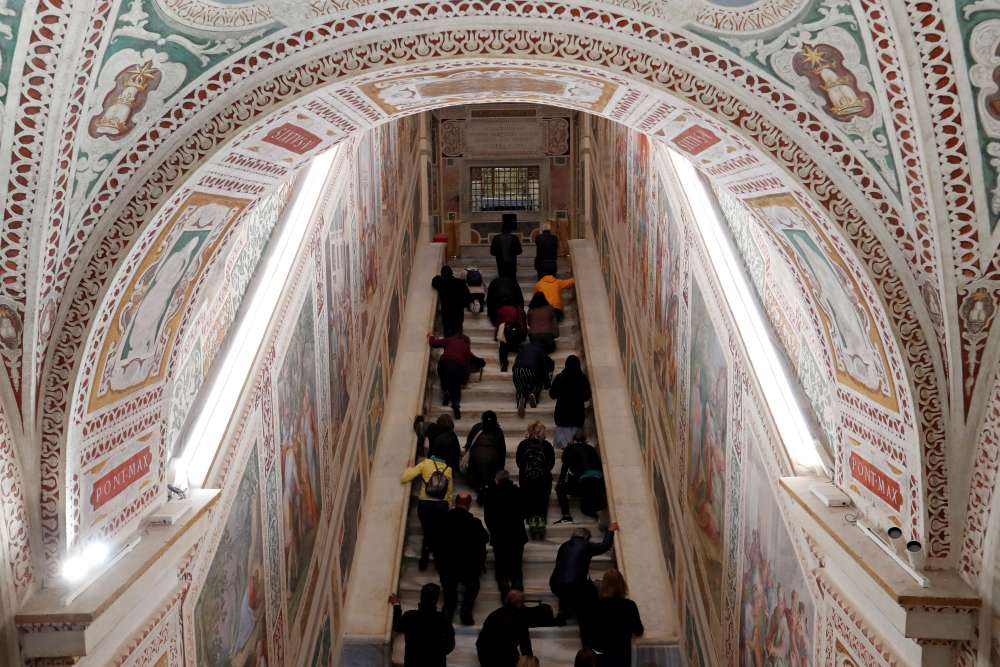 Pope Innocent XIII ordered the stairs encased in wood in 1723 to protect them from damage from pilgrims.

“We have seen these steps carved out in a totally unusual way. The feet of pilgrims had literally excavated them,” said Father Francesco Guerra, rector of the Holy Stairs Sanctuary, which hundreds of thousands of pilgrims visit each year.

Under the wood, restorers found coins, photos, rosaries and small hand-written notes with prayers left over the years.

“Once we opened the first step and we found the first (small) cross, it was clear enough to everyone that what we were finding below could not be limited to a few experts,” said Paolo Violini, restoration specialist at the Vatican museums.

Frescoes from the 16th century on the ceiling and walls were also restored. 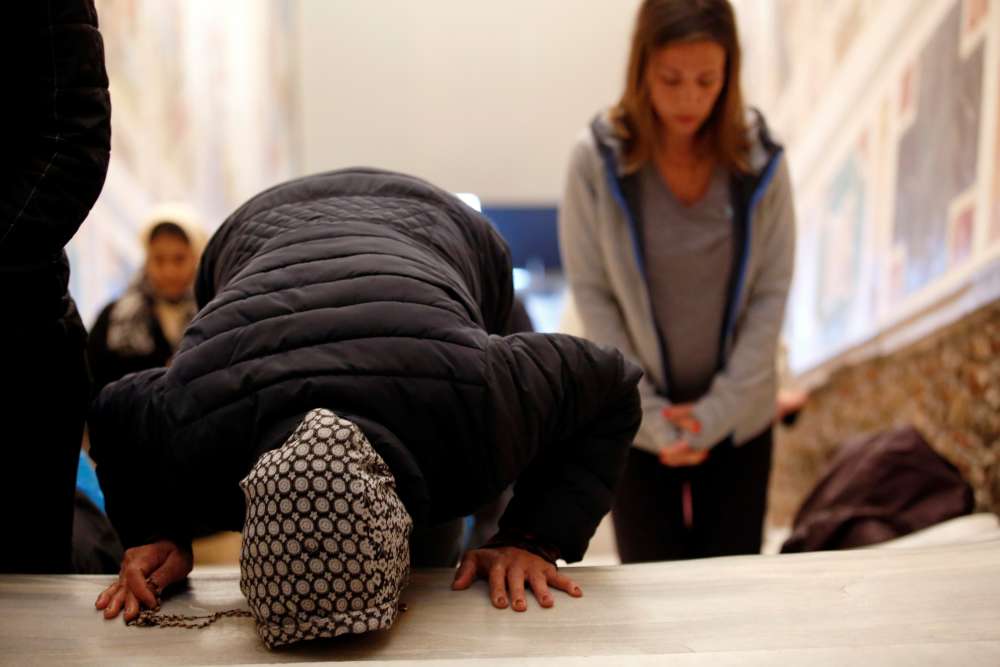