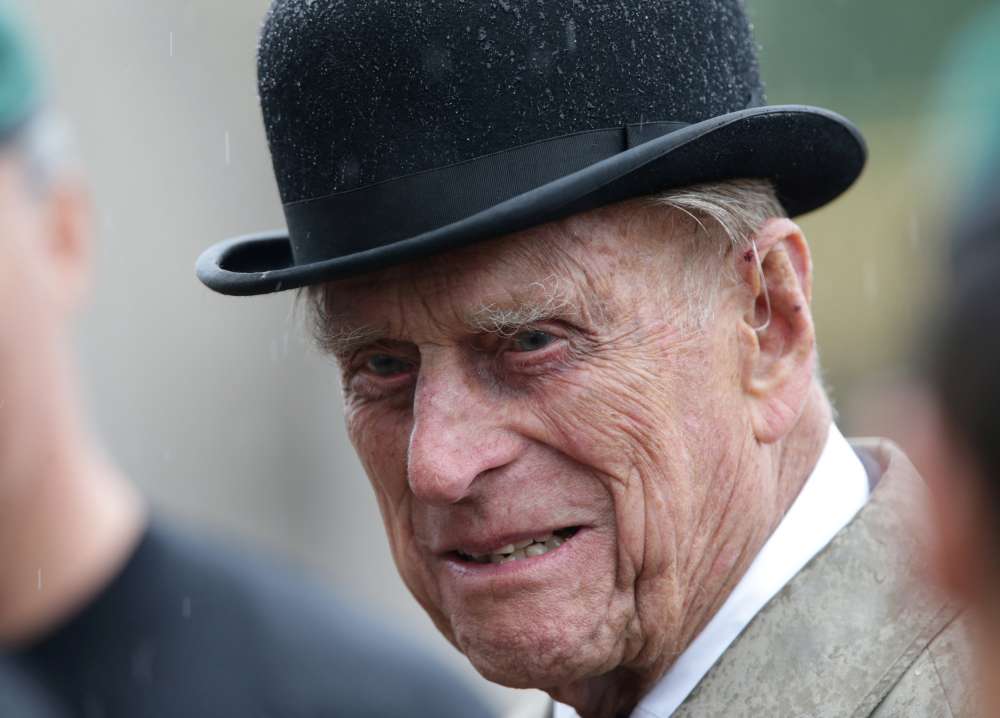 Prince Philip, husband of Queen Elizabeth and a leading figure in the British royal family for almost seven decades, has died aged 99.

Here are reactions from major public figures in Britain and around the world – compiled by Reuters.

“We remember the Duke … above all for his steadfast support for Her Majesty the Queen, not just as her consort, by her side, every day of her reign, but as her husband, has strength and stay of more than 70 years. And it is to Her Majesty, and her family, that our nation’s thoughts must turn today.”

“Like the expert carriage driver that he was he helped to steer the royal family and the monarchy so that it remains an institution indisputably vital to the balance and happiness of our national life.”

“Over the course of his 99-year life, he saw our world change dramatically and repeatedly. From his service during World War II, to his 73 years alongside the Queen, and his entire life in the public eye — Prince Philip gladly dedicated himself to the people of the UK, the Commonwealth, and to his family. The impact of his decades of devoted public service is evident in the worthy causes he lifted up as patron, in the environmental efforts he championed, in the members of the Armed Forces that he supported, in the young people he inspired, and so much more. His legacy will live on not only through his family, but in all the charitable endeavors he shaped. Jill and I are keeping the Queen and Prince Philip’s children, grandchildren, and great-grandchildren in our hearts during this time.”

“The death of Prince Philip fills me with great sorrow. His friendship to Germany, his straightforwardness and his sense of duty will not be forgotten.”

Prince Philip “lived an exemplary life defined by bravery, a sense of duty and commitment to the youth and the environment”.

“He had a distinguished career in the military and was at the forefront of many community service initiatives. May his soul rest in peace.”

“Britain has lost a wise elder who was imbued with a unique spirit of public service. His role in promoting Pakistan-UK relations will always be remembered.”

“We shall never forget the moments that we shared with him and the legacy of service and dedication to the crown and the United Kingdom by your side.”

“Saddened to hear of the death of HRH Prince Philip, Duke of Edinburgh. Our thoughts and prayers are with Queen Elizabeth and the people of the United Kingdom at this time.”

“Sincere condolences to Queen Elizabeth and family on the death of her husband Prince Phillip. Sympathies to those of a British identity on our island, for whom his death will be felt as a great loss.”

“The U.S. Congress extends condolences over the passing of Prince Philip, whose life was distinguished by an inspiring ethic of dedicated service.”

“This is an irreplaceable loss for Great Britain, and for all who hold dear our civilization. Prince Philip defined British dignity and grace. He personified the quiet reserve, stern fortitude, and unbending integrity of the United Kingdom.”

“Throughout his long and remarkable life, he devoted himself to worthy causes and to others. He represented the United Kingdom with dignity and brought boundless strength and support to the sovereign. Laura and I are fortunate to have enjoyed the charm and wit of his company, and we know how much he will be missed.”

“At the Queen’s side or trailing the customary two steps behind, Prince Philip showed the world what it meant to be a supportive husband to a powerful woman. Yet he also found a way to lead without demanding the spotlight — serving in combat in World War II, commanding a frigate in the Royal Navy, and tirelessly touring the world to champion British industry and excellence. Through his extraordinary example, he proved that true partnership has room for both ambition and selflessness — all in service of something greater.”

“On the occasions when I met him, I was always struck by his obvious joy at life, his enquiring mind and his ability to communicate to people from every background and walk of life. He was a master at putting people at their ease and making them feel special.”

“The United Kingdom has lost an extraordinary public servant in Prince Philip.”

“Prince Philip dedicated his life to our country – from a distinguished career in the Royal Navy during the Second World War to his decades of service as the Duke of Edinburgh.”

“However, he will be remembered most of all for his extraordinary commitment and devotion to The Queen.”

“I send my personal and deepest condolences – and those of @scotgov and the people of Scotland – to Her Majesty The Queen and her family.”

“He will naturally be most recognised as a remarkable and steadfast support to the Queen over so many years. However, he should also be remembered and celebrated in his own right as a man of foresight, determination and courage.”

“Prince Philip was a man of great purpose and conviction, who was motivated by a sense of duty to others.”

“Prince Philip will be fondly remembered for the encouragement he gave to so many young New Zealanders through The Duke of Edinburgh’s Hillary Award. In over fifty years of The Award in New Zealand, thousands of young people have completed life-changing challenges through the programme.”

“Our thoughts and sympathy are with Britain’s Royal Family and the British people at this time of mourning.”

HEAD OF MI6, RICHARD MOORE “The Duke was a true friend of the Service … Always his sharp mind, experience gained from active service and knowledge of global affairs shone through. As we all know, HRH called it as he saw it with directness and wit. Visits were never dull.”

“Our thoughts are with Queen Elizabeth and the rest of her family. We also send our condolences to the British people.”

“Prince Philip has been a great friend of our family for many years, a relation which we have deeply valued. His service to his country will remain an inspiration to us all.”

“Prince Philip was the consummate public servant and will be much missed in Israel and across the world.”

“The death of the Duke of Edinburgh is the end of an era. Prince Philip was one of the greatest and publicly recognisable international figures whose contributions to the Commonwealth will be remembered for generations to come.”

“May his soul rest in eternal peace.”

“HM King Hamad lauded the efforts of the late HRH Prince Philip to serve the United Kingdom and its friendly people.”

“We wish to express our deepest condolences to Her Majesty The Queen, the British Royal Family and the people of the United Kingdom. Philippe and Mathilde.”

“He was known for his dedication to charitable causes as a patron of some 800 organizations, in particular those focused on the environment, industry, sport and education.”

“From military to youth clubs to DoE award recipients, his interest in people & their stories was real, his motivation always encouraging service in other by example. No nonsense, genuine wit: peace maybe, but he won’t rest.”

“Prince Phillip was indeed a friend to Jamaica who supported local efforts aimed at development, especially in education and had great admiration for our sporting prowess. Prince Phillip will be remembered for his keen interest in scientific and technological research and his commitment to the protection of the environment. His was a life of service, dedication and loyalty. May his soul rest in peace.”