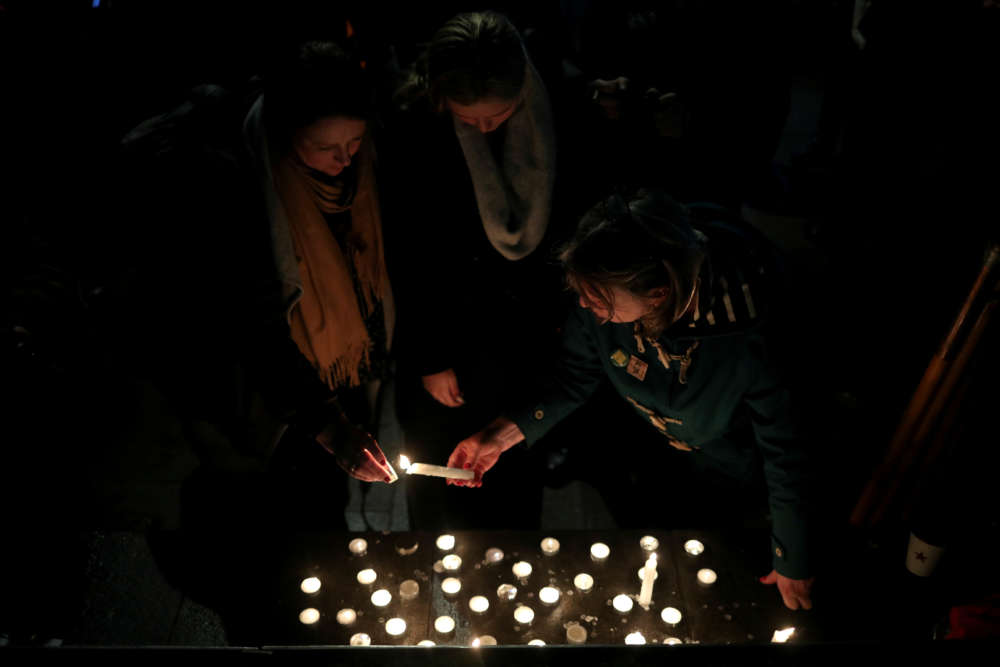 British police were questioning the driver of a truck in which 39 people, believed to be Chinese nationals, were found dead this week as post-mortem examinations of some of the victims began on Friday.

The 25-year-old driver from Northern Ireland was arrested on suspicion of murder after the grim discovery of the bodies in the back of his refrigerated truck on an industrial estate near London in the early hours of Wednesday morning.

He has not been formally identified but a source familiar with the investigation said he was Mo Robinson from the Portadown area of the British province. Detectives will decide later whether to charge him with an offence, release him or ask a court for more time to quiz him.

Late on Thursday, British authorities moved 11 of the victims – 31 men and eight women – to a hospital mortuary from a secure location at docks near to the industrial estate in Grays about 20 miles (30 km) east of London where the bodies were found.

Police have said the process of identifying those who died would take some time while autopsies were carried out to determine how exactly they died.

His force has said their priority was ensuring respect and compassion for the victims. The Chinese Embassy in London said it had sent a team to Essex to meet with local police.

The focus of the police investigation is on the movement of the trailer prior to its arrival at Purfleet docks near Grays little more than an hour before the bodies were found and who was behind the suspected human trafficking.

The refrigeration unit had travelled to Britain from Zeebrugge in Belgium and the town’s chairman, Dirk de Fauw, said he believed the victims died in the trailer before it arrived there.

“We have a safe system with safety guards, we have cameras everywhere, we have policemen in the streets of Zeebrugge, in the dunes with horses,” de Fauw, who is also mayor of the nearby city of Bruges, told Reuters Television.

The Times newspaper reported that GPS data showed the container had arrived at the Belgian port at 2.49 p.m. local time on Tuesday before later making the 10-hour trip to Britain.

Police said the cab unit of the truck was driven over from Dublin on Sunday, entering Britain in North Wales. It picked up the trailer in Purfleet shortly after midnight on Wednesday.

For years, illegal immigrants have attempted to reach Britain stowed away in trucks, often from the European mainland. In 2000, 58 Chinese were found dead in a tomato truck at the port of Dover. They had travelled to Britain from Zeebrugge.

The head of the Road Haulage Association said traffickers were “upping their game” and closer cooperation with European nations was needed, although that may be complicated by Britain’s potential exit from the European Union.