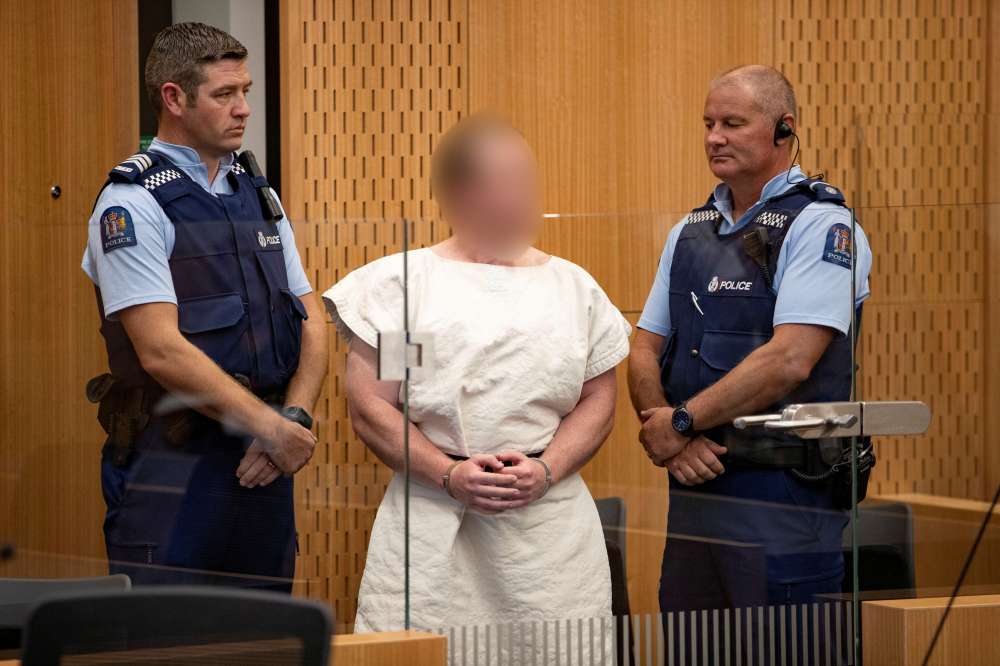 New Zealand police have charged the man accused of murder in shootings at two Christchurch mosques in March with engaging in a terrorist act, the first time such a charge had been brought in the country’s history, they said on Tuesday.

“The charge will allege that a terrorist act was carried out in Christchurch,” Commissioner of Police Mike Bush said in a statement.

The charge was the first under New Zealand’s terrorism suppression legislation, introduced in 2002, after the Sept. 11, 2001, attacks in the United States.

Tarrant’s lawyer did not immediately respond to a request from Reuters for comment.

Legal experts said any conviction for engaging in terrorism would not make much practical difference, given murder charges attract a higher maximum penalty, but were likely added to reflect the traumatic impact on those beyond the named victims.

“The terrorism act charge is about recognising the harm to the community and the harmed individuals who were present but who weren’t physically injured or killed,” Graeme Edgeler, a barrister and legal commentator.

Tarrant is next due to appear in court on June 14, after being remanded in custody in April and ordered to undergo psychiatric assessment to determine if he was fit to stand trial.

Police notified roughly 200 family members of attack victims and survivors about the additional charges at a meeting on Tuesday, police said.

Mohamed Hussein Mostafa, whose father was killed at Al Noor Mosque, said he was glad the event was being treated as a terrorist act, especially given the Muslim community had been often been “vilified” by media and politicians as possible perpetrators of violence since the 9/11 attacks.

“It will cement in people’s minds that terrorism has no race or religion,” he told Reuters in a Whatsapp message. “I’m happy that he will be made an example of … so that such an atrocity may never happen again on our shores.”

By In Cyprus
Previous articleMore than 55,000 people had Cypriot residence permits in 2017
Next articleInside the beautiful courtyards of Lania Village