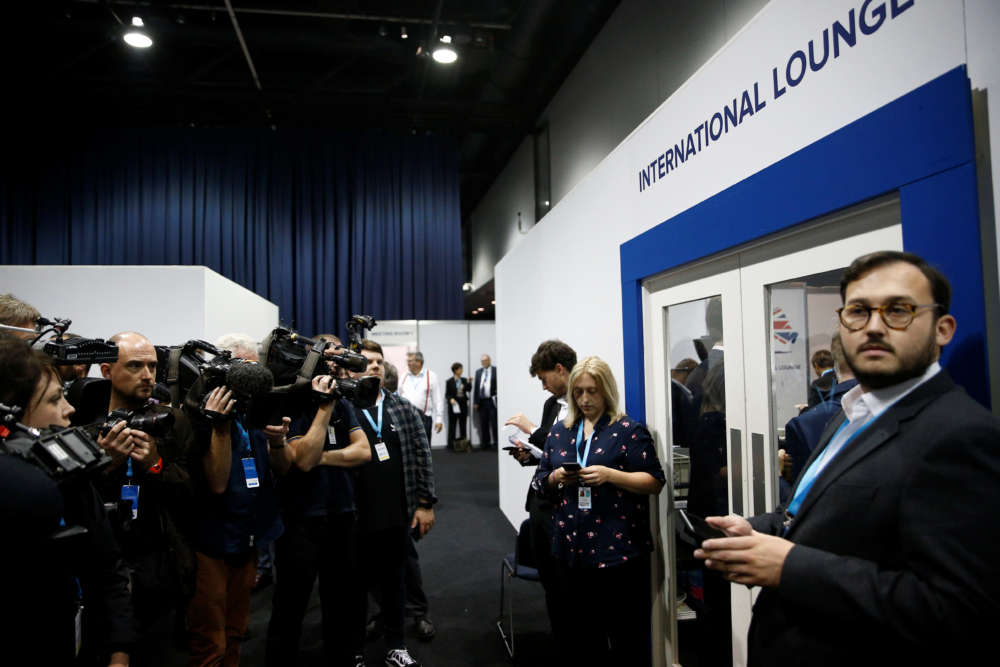 Part of the conference centre where Prime Minister Boris Johnson’s Conservative Party is holding its annual gathering was briefly closed on Tuesday after an attendee entered the international lounge without the relevant pass.

After police were seen entering the lounge part of the Manchester conference centre, northern England, it was briefly closed down, a Reuters reporter at said.

“An attendee to the Conservative Party Conference attempted to enter the International Lounge area of the conference without the relevant pass,” Manchester police said.

“Security staff intervened and resolved the situation without any breach of security occurring.”

By In Cyprus
Previous article
Top French court rejects bid by Sarkozy to avoid trial over 2012 campaign
Next article
On anniversary of banned referendum, Catalan separatists keep up their fight