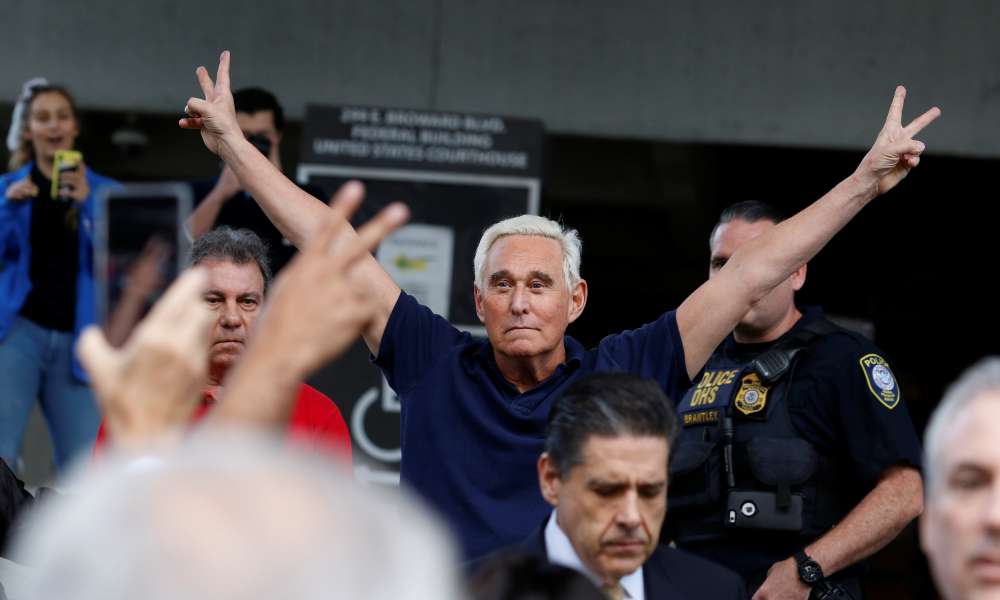 U.S. Special Counsel Robert Mueller disclosed for the first time on Friday that his office has evidence of communications between Roger Stone, a longtime adviser to President Donald Trump, and WikiLeaks related to the release of hacked Democratic Party emails.

In a court filing on Friday, Mueller’s office said it had gathered that evidence in a separate probe into Russian intelligence officers who were charged by Mueller of hacking the emails during the 2016 U.S. presidential campaign and staging their release.

In an email criticizing media coverage of Mueller’s filing on Friday, Stone said the evidence was “innocuous Twitter direct messages” that have already been disclosed to the House Intelligence Committee and “prove absolutely nothing”.

Stone was indicted last month for lying to Congress about his communications with others about the hacked emails. Mueller did not say at the time that he had evidence of communications with WikiLeaks. Stone, an ally of Trump for 40 years, has pleaded not guilty to the charges.

Stone has previously acknowledged brief exchanges with both WikiLeaks and Guccifer 2.0 but maintains he never had advance knowledge about the release of hacked emails. But Friday marked the first time Mueller indicated he had obtained related evidence, although it remained unclear if the evidence is more substantial than what is publicly known.

“The government obtained and executed dozens of search warrants on various accounts used to facilitate the transfer of stolen documents for release, as well as to discuss the timing and promotion of their release,” Mueller’s team wrote in a filing to the U.S. District Court in Washington D.C.

“Several of those search warrants were executed on accounts that contained Stone’s communications with Guccifer 2.0 and with Organization 1.”

Organization 1 is a reference to WikiLeaks, while Guccifer 2.0 is a hacker persona U.S. intelligence agencies say was a cover name used by Russian military intelligence.

WikiLeaks and Guccifer 2.0 each published emails and other documents from the Democratic Party in 2016 in an operation that Mueller alleges was part of a Kremlin-backed effort to tip the election in favor of then Republican nominee Trump.

WikiLeaks has previously denied any ties to or cooperation with Russia.