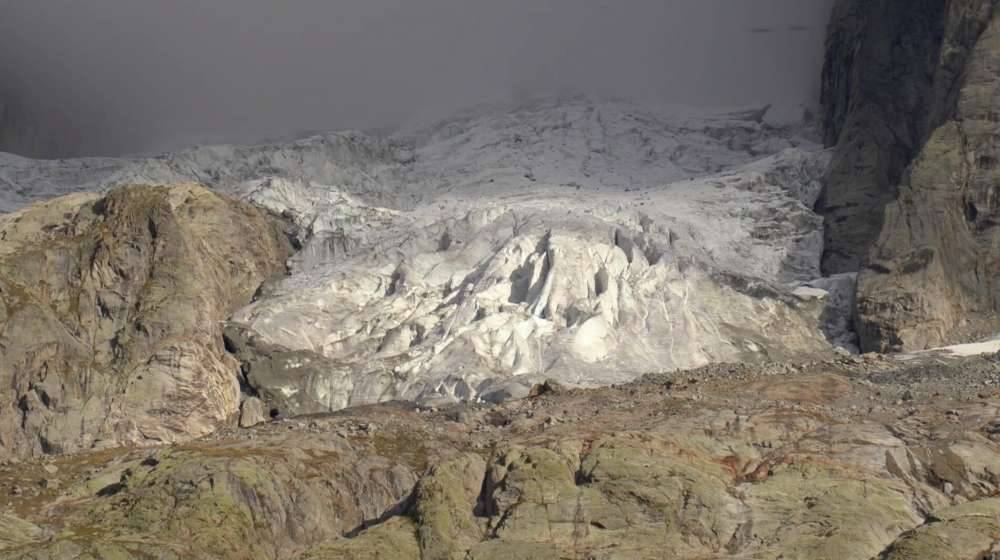 Part of a glacier on Mont Blanc, Europe’s highest mountain, is at risk of collapse, prompting Italian authorities to close roads and evacuate Alpine hamlets and the prime minister to call for action to tackle global warming.

A section estimated to contain up to 250,000 cubic metres of ice could fall down the mountain, the mayor of the nearby town of Courmayeur, Stefano Miserocchi, said in a statement on Tuesday.

Miserocchi ordered the closing of two roads and the evacuation of huts on the mountain, which is 4,800 metres high, after experts said the Planpincieux glacier was sliding at an increased speed, threatening part of the Ferret Valley.

Between the end of August and the beginning of September the lower part of the glacier was sliding at a speed of 50-60 cm per day.

“These phenomena show once more how the mountain is experiencing a period of great changes due to climate factors, so it is especially vulnerable”, Miserocchi said.

Prime Minister Giuseppe Conte, speaking on Wednesday at the U.N. General Assembly, said “news that a glacier on the Mont Blanc risks collapsing is a warning that can’t leave us indifferent, it must shake us up and we have to mobilise.”

Across the Alps there is concern that warmer temperatures are increasing the danger of melting permafrost and disappearing glaciers.

By In Cyprus
Previous article
U.S. slaps sanctions on Cyprus firm over Venezuela
Next article
BoC cancels foreclosure after mediation of financial commissioner