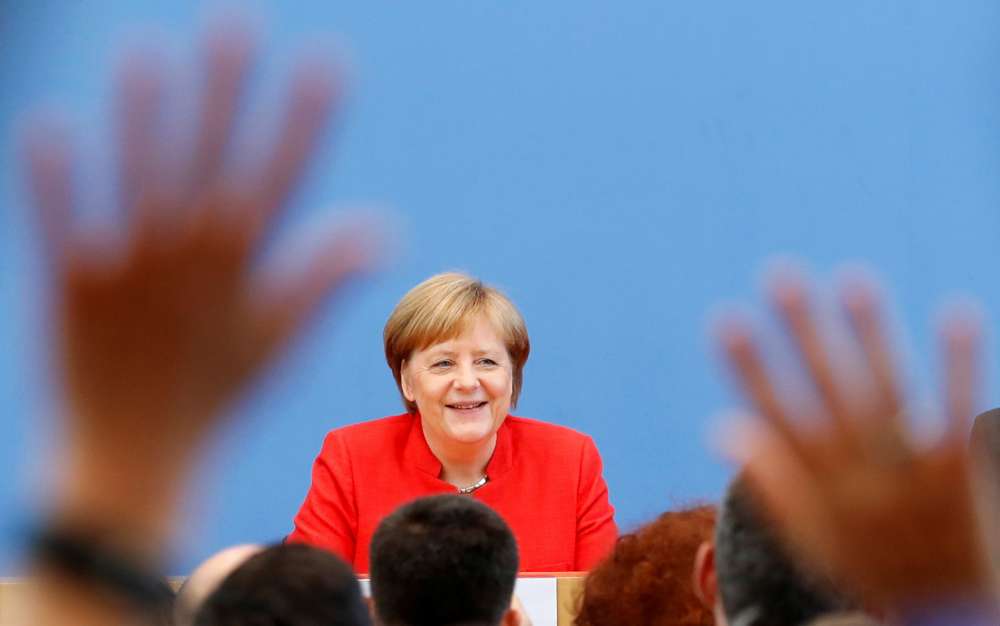 Chancellor Angela Merkel and President Vladimir Putin will discuss the war in Syria, the conflict in east Ukraine and a disputed pipeline to bring Russian gas to Germany during talks near Berlin on Saturday, a German government spokesman said.

The two leaders, who last met in May, will each make statements at 1600 GMT before the start of the talks at the Meseberg palace outside the German capital, said Steffen Seibert, adding that Merkel and Putin would take no questions.

“You could expect the talks to focus on bilateral relations, and certainly the issue of the Syrian conflict as well as the situation in east Ukraine and energy,” he said on Monday.

Germany wants Russia to finalise a ceasefire in Syria with the United States as well as to solve the conflict in eastern Ukraine, where the Kremlin backs separatists against Ukrainian government forces.

Relations between the two countries have also been strained by the Nord Stream 2 project that will carry gas direct from Russia under the Baltic Sea to Germany.

The United States says the project will increase Germany’s dependence on Russia for energy. Ukraine fears the pipeline will allow Russia to cut it off from the gas transit business. Germany’s eastern European neighbours, nervous of Russian encroachment, have also raised concerns about the project.

Seibert said the European Union was in talks with Russia to ensure that Ukraine continues to play a role in the lucrative energy transit business even after Nord Stream 2 was completed.

Asked if Russia had signalled a willingness in the talks to fulfil European demands that Ukraine remained a conduit for Russian gas to Europe, Seibert said: “The talks have not concluded.”