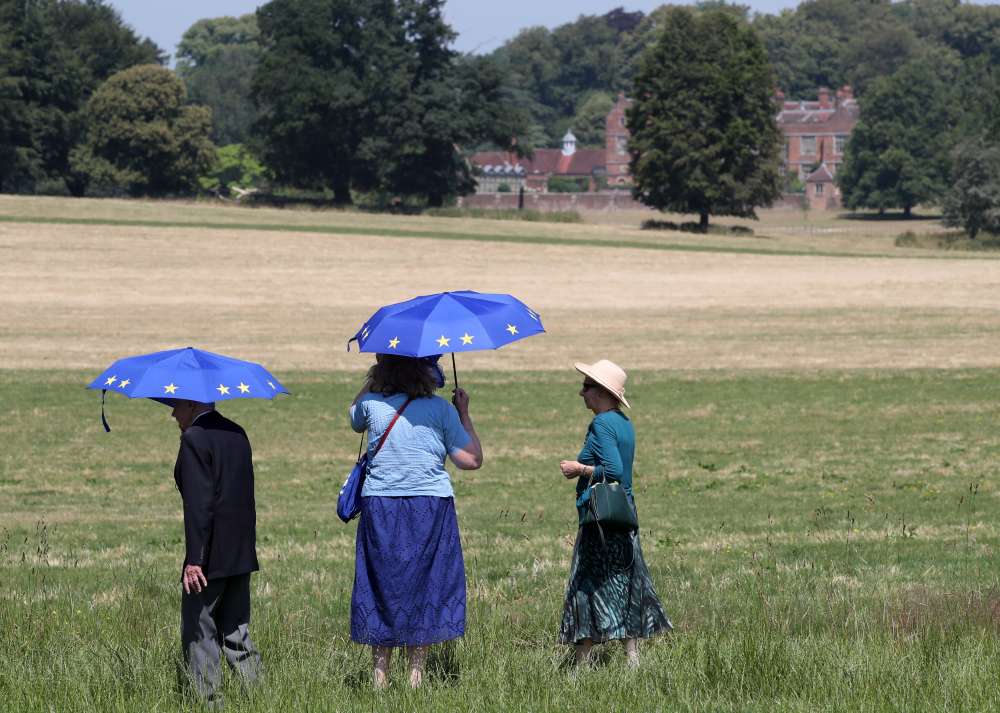 The European Union told Britain on Friday there were still too many unanswered questions over Brexit, increasing the pressure on Prime Minister Theresa May as she tries to unite her government over plans to leave the bloc.

As the EU’s chief Brexit negotiator Michel Barnier warned that time was running out, May convened what were expected to be marathon talks on Friday at her Chequers country residence to agree on a plan for Britain’s future outside the EU.

After months of reticence, May has been forced to thrash out an agreement with her divided cabinet of ministers to push on with all-but-stalled talks and ease growing concerns about a no-deal Brexit.

But the first details of May’s new plan for close customs ties with the EU – a “facilitated customs arrangement” – won mixed reviews, with Brexit campaigners saying she was offering the country a Brexit in name only.

And in Brussels, Barnier said much work remained to be done.

“In the Brexit negotiations, there are still too many questions and too few answers,” Barnier said.

May hopes the meeting of ministers at the 16th-century manor house 40 miles (60 km) northwest of London will clinch an agreement that will go some way to offering Brussels the detailed plan for future ties it wants. It will not be easy.

After seeing the more than 100-page document outlining May’s vision, her foreign minister, Boris Johnson, held a meeting of pro-Brexit ministers to plan a counter-attack.

On the eve of the Chequers talks, where ministers had to give up their mobile phones, May made an appeal to them to do their duty, putting Brexit rows behind them to take a “step forward”.

“The cabinet meets at Chequers … to agree the shape of our future relationship with the European Union. In doing so, we have a great opportunity – and a duty,” May said.

The stakes are high.

May has been reluctant to spell out her Brexit vision for fear of angering one faction or another – her cabinet is split between those who want to maintain the closest possible ties with the EU and others who are pressing for a clean break.

The inaction has frustrated businesses and helped weaken the pound, which is down almost 10 percent since mid-April.

The chief executive of European planemaker Airbus, Tom Enders, accused the government of having “no clue or at least consensus on how to execute Brexit without severe harm”, and defended an earlier warning over the risk to jobs.

On Thursday, May made her opening gambit to overcome the deep divisions in not only her government, but in her Conservative Party, parliament and across Britain by suggesting a new customs plan to keep trade flowing as freely as possible.

It would see Britain closely mirror EU rules, use technology to determine where goods will end up and therefore which tariffs should be applied, and hand London the freedom to set its own tariffs on incoming goods. Britain would also be able to strike trade deals with other countries, her spokeswoman said.

But Brexit campaigners, including several ministers in her cabinet, fear that the plan will keep Britain in the EU’s customs sphere. That, Brexit supporters say, would be a betrayal of her pledge for a clean break with the bloc and for Britain to win the ability to strike out alone.

Her office has so far made public only a few details of the plan and its wording may be changed at the Chequers meeting, which is expected to run late into the evening.

Even if she finds agreement at home, May still faces the hard task of winning the support of the EU, which poured cold water on her previous suggestions for customs arrangements and pressed her to come up with “workable” proposals.

For now, May hopes to concentrate minds at home.

“This is about agreeing an approach that delivers decisively on the verdict of the British people – an approach that is in the best interests of the UK and the EU, and crucially, one that commands the support of the public and parliament,” she said

By In Cyprus
Previous articleLute ‘will find out outcome of leaders’ reflections’, Spehar says
Next articleMore patrols and drones to prevent arson