May faces confidence vote as Brexit goes down to the line 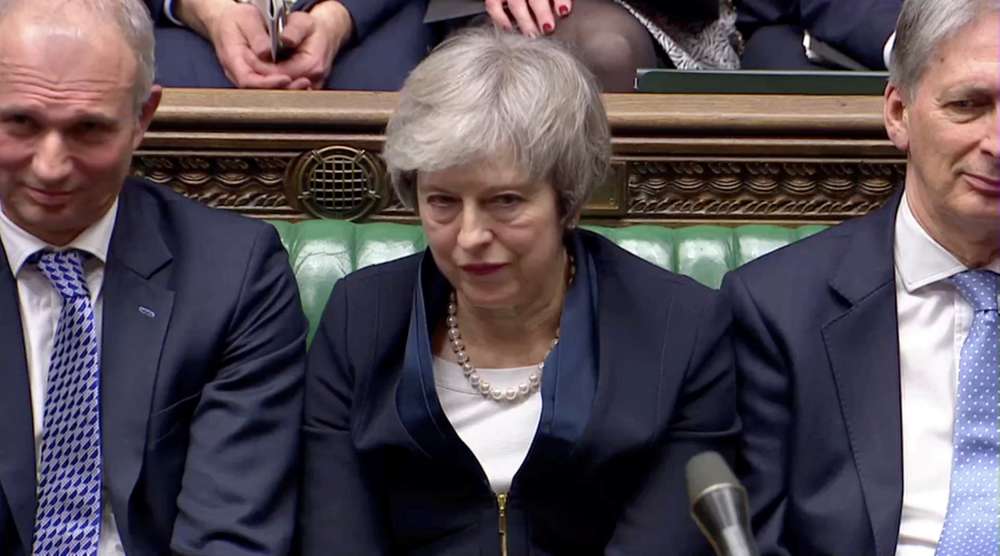 Prime Minister Theresa May’s government faced a no confidence vote on Wednesday after the crushing defeat of her Brexit divorce deal by parliament left Britain’s exit from the European Union in disarray just 10 weeks before it is due to leave.

Lawmakers voted 432-202 against her deal, the worst defeat in modern British history, triggering political chaos that could lead to a disorderly exit from the EU or even to a reversal of the 2016 decision to leave.

After the first British parliamentary defeat of a treaty since 1864, opposition Labour Party leader Jeremy Corbyn called a vote of no confidence in May’s government, to be held at 1900 GMT on Wednesday.

The small Northern Irish DUP party which props up May’s minority government and refused to back the deal said it would stand behind May in the no-confidence vote. Pro-Brexit Conservatives also said they would support her.

“I have no doubt that the prime minister will win that and then she can focus on trying to thrash out something with the EU and parliamentarians,” James Cleverly, a lawmaker and deputy chairman of the Conservative party, told Reuters.

“My fear is that parliament could lose its head and put the whole Brexit process at risk, which I think would be a catastrophic error,” said Cleverly who supports Brexit.

Germany, the most powerful member of the EU, called for new talks between Britain and the bloc, whose leaders warned of the dire consequences of a no-deal Brexit that business leaders fear will sow chaos through supply chains across Europe and beyond.

Labour’s finance minister-in-waiting, John McDonnell, said May could eventually get a deal through parliament if she negotiated a compromise with his party.

That still leaves Brexit up in the air. May’s humiliating loss appeared to catastrophically undermine her two-year strategy of forging an amicable divorce with close ties to the EU after the March 29 exit.

Sterling jumped by more than a cent against the U.S. dollar on news of May’s defeat on Tuesday and was holding close to that level on Wednesday.

While the country is divided over EU membership, most agree the world’s fifth largest economy is at a crossroads and its choices over Brexit will shape the prosperity of future generations for years to come.

Other members of the EU, which combined has about six times the economic might of the United Kingdom, called for discussion but indicated there was little chance of fundamental change to the deal May had negotiated.

Germany’s Foreign Minister Heiko Maas said there was not much time left to find a Brexit solution and that “the time for playing games is now over.”

He told broadcaster Deutschlandfunk there needed to be new talks between Britain and the EU, adding that in the end the issue of a backstop solution for the border between Northern Ireland and the Republic of Ireland needed to be discussed.

Brexit campaigner Nigel Farage said Britain was probably heading for a delay and another vote on EU membership.

“I think and I fear that we are headed on a path towards delay and probably, yes, a second vote,” Farage said.

If there is no vote of confidence in that new government, then a new election must be held within about 17 working days, according to the Institute of Government.