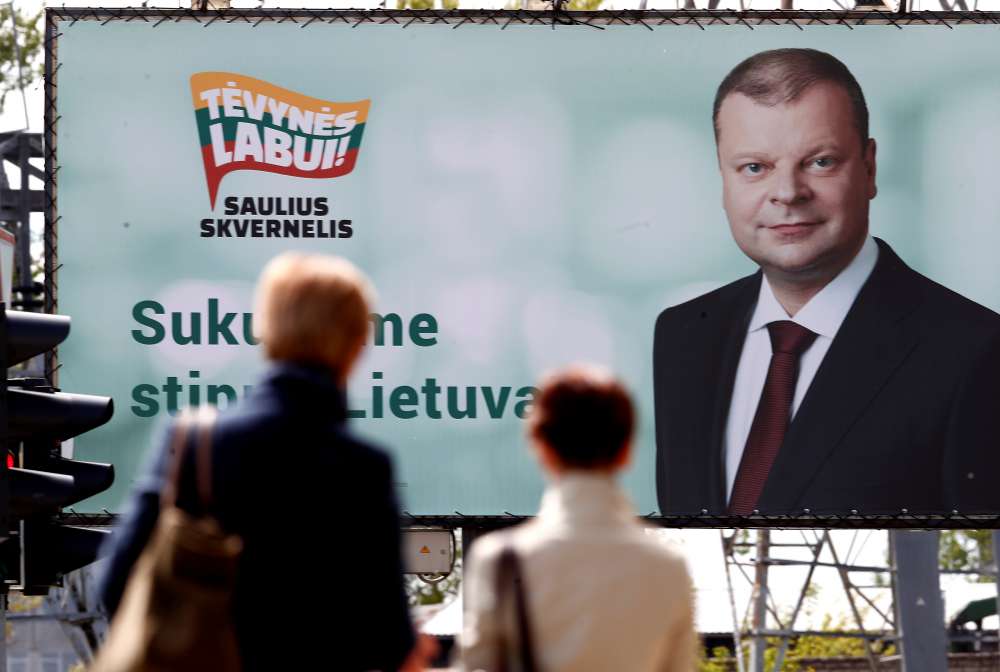 Lithuanians started voting in a tightly contested presidential election on Sunday to replace outgoing Dalia Grybauskaite, the Baltic nation’s “Iron Lady” who was one of the European Union’s most outspoken critics of Russia.

Still very popular, Grybauskaite, 63, is not eligible to run after two terms. But the top three candidates vying to replace her have pledged to maintain a tough stance against Vilnius’ former Soviet master as well as hefty military spending.

Five years after Moscow’s annexation of Crimea from Ukraine that sparked fears of further Russian aggression across eastern Europe, the election campaign in Lithuania was dominated by voter anger over economic inequality and corruption.

The race is led jointly by Ingrida Simonyte, 44, a former finance minister in a centre-right government, and Gitanas Nauseda, 54, a former senior economist at a top bank, running neck-and-neck on 22% each, according to a Vilmorus/Lietuvos Rytas poll.

Polling third with 17% of voter support is prime minister Saulius Skvernelis, 48, a former police chief affiliated with the Farmers and Greens Union, the senior partner of the ruling coalition.

All three have vowed to advocate for increased state spending on social issues, a sore point for many in Lithuania where nearly a third of the population could be at risk of poverty or social exclusion.

Income inequality is among of the highest in the European Union, second only to Bulgaria.

Lithuania’s president has a semi-executive role with a say in the appointment of key officials such as judges, the chief prosecutor and head of the central bank. The president can veto laws and, in tandem with the government, sets foreign and security policy.

Both Nauseda and Simonyte say tax income should be raised to fund more state spending, although Skvernelis has introduced a tax cut as signature policy of his government.

“I try to appeal to people by saying, look, there are no simple answers, and there are many headwinds,” Simonyte, the finance minister when the government cut public sector wages and pensions in 2009 as a state default loomed, told Reuters.

“It’s complicated for a single party to take leadership (on state finances) because it knows it will be criticized by others for unpopular decisions. A president can show leadership and settle the debates,” she said.

Nauseda, a household name from his role as an economic commentator, told Reuters he would use the president’s position to help business expand in emerging markets, especially China, and ask the government to increase revenues and better fund social services, such as pensions.

“Retirement is leading to poverty, because pensions are obviously too low,” Nauseda said in a recent debate, adding he wanted the budget for pensions to be raised to 10% of gross domestic product from 6.8%.

Signalling he would resign if not elected, Skvernelis has pledged to raise retirement pensions by the middle of next year.

Polls close at 8 p.m. (1700 GMT), with results expected around midnight. A run-off vote will be held on May 26 if no candidate wins by a substantial margin.