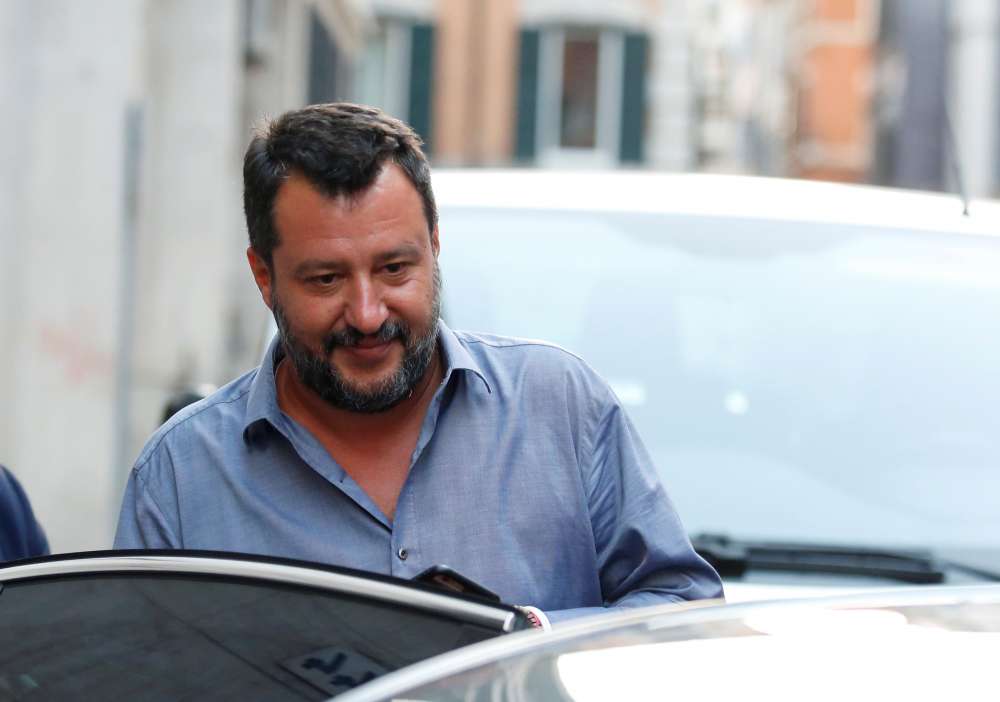 Italian Interior Minister Matteo Salvini said on Tuesday he was working to prevent two rescue ships operated by French and Spanish charities from bringing more than 500 migrants to Italy in the latest Mediterranean stand-off.

The Ocean Viking, which is run by French non-governmental groups (NGOs) Doctors Without Borders and SOS Mediterranee, has picked up some 356 migrants off the coast of Libya since Friday, while Spanish boat Open Arms has saved some 160 people.

Both vessels are in the central Mediterranean, within easy sailing distance of the Italian island of Lampedusa and are seeking a safe port to disembark the mainly African migrants.

But Salvini, the leader of the far-right League who has seen his popularity in Italy soar since he took office last year and launched a fierce anti-immigration crackdown, said on Tuesday the boats were not Rome’s problem.

“I am at work in the ministry this morning to prevent more than 500 migrants from disembarking from two NGO boats, one French and one Spanish,” Salvini wrote on Facebook.

“I will let you know how this ends. I will not give up.”

Earlier this month, Salvini introduced a new law hiking fines for ships that enter Italian waters without authorisation to up to 1 million euros. It also provides for the arrest of captains who ignore orders to stay away and calls on naval authorities to seize their boats automatically.

Buoyed by his success in the polls, Salvini is looking to trigger an early election in the autumn by bringing down the Italian government, confident he would emerge as prime minister from any new vote. As such, a high-profile clash with foreign charities will bolster his anti-migrant credentials.

Salvini said Libya had offered to take back the migrants aboard the Ocean Viking and said Open Arms should go to Spain.

Doctors Without Borders has ruled out taking migrants to violence-plagued Libya, saying migrants are routinely tortured and abused there. Open Arms has called for the European Union to coordinate the re-distribution of the migrants around the bloc.

The United Nations’ refugee agency called on European governments to intervene, warning that storms were approaching.

“To leave people who have fled war and violence in Libya on the high seas in this weather would be to inflict suffering upon suffering,” said Vincent Cochetel, UNHCR Special Envoy for the Central Mediterranean.

“They must be immediately allowed to dock, and allowed to receive much-needed humanitarian aid.”

Spain said Italy should deal with the immediate care.

“International law states that a rescue takes place in the closest safe port. Without doubt, right now that means Italy. If it was us, we would do it,” Spain’s acting development minister Jose Luis Abalos told Telecinco television on Tuesday.

However, he also said Europe needed to forge a “wider” policy to handle migrant arrivals from Africa.

Italy has taken in more than 600,000 boat migrants since 2014, but new arrivals have fallen sharply over the past two years, with the decline accelerating over the past year.