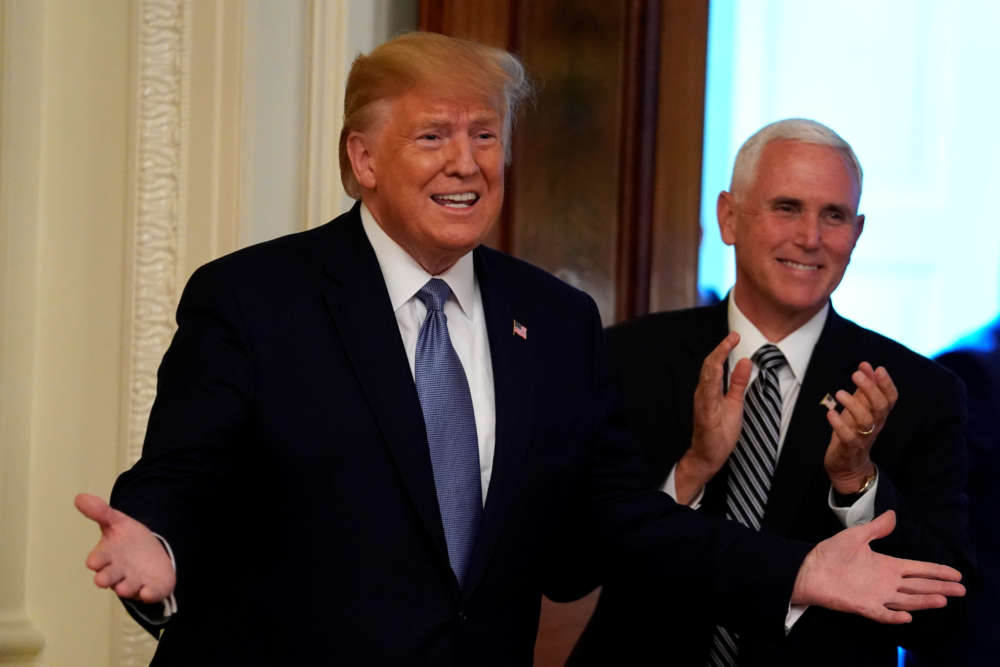 U.S. House Democrats on Friday subpoenaed the White House for documents they want to see as part of their impeachment investigation of President Donald Trump.

The chairmen of three House of Representatives committees said they want documents related to a July 25 phone call between Trump and Ukrainian President Volodymyr Zelenskiy that is at the heart of their inquiry.

The three said they were forced to issue the subpoena after the White House failed to produce documents they requested in a Sept. 9 letter.

“We deeply regret that President Trump has put us – and the nation – in this position, but his actions have left us with no choice but to issue this subpoena,” said Representatives Elijah Cummings of the Oversight Committee, Adam Schiff of the Intelligence Committee and Eliot Engel of the Foreign Affairs Committee.

They gave the White House until Oct. 18 to produce the information, including who else besides Trump was on the phone call with Zelenskiy.

“This subpoena changes nothing – just more document requests, wasted time, and taxpayer dollars that will ultimately show the President did nothing wrong,” White House spokeswoman Stephanie Grisham said in a statement.

White House lawyers believe Trump, a Republican, can ignore lawmakers’ demands until the Democratic-controlled House holds a full vote of the chamber to formally approve of the impeachment inquiry, according to a person familiar with the matter.

Earlier, the committees asked Vice President Mike Pence to hand over documents relating to a meeting he held with Zelenskiy and the call between Zelenskiy and Trump.

They gave Pence until Oct. 15 to produce any records relating to the July call and a meeting he held with Zelenskiy on Sept. 1.

According to a partial transcript of the call, Trump asked Zelenskiy the “favour” of investigating former U.S. Vice President Joe Biden, a leading contender for the Democratic presidential nomination in 2020, and his son, Hunter Biden, who had served on the board of Ukrainian gas company Burisma.

At the time, the Trump administration was withholding hundreds of millions in aid for Ukraine and Democrats said they suspect Trump was using U.S. foreign policy and taxpayer money for his personal political gain. Trump is running for re-election.

“Recently, public reports have raised questions about any role you may have played in conveying or reinforcing the president’s stark message to the Ukrainian president,” Cummings, Schiff and Engel wrote in a letter to Pence.

A spokeswoman for Pence said the broad nature of the request showed that it was not “serious.”

When Pence met with Zelenskiy, the two discussed the $250 million in security assistance that the U.S. Congress had approved but that the Trump administration had not disbursed.

The investigation could lead to the approval of articles of impeachment – or formal charges – against Trump in the House. A trial on whether to remove him from office would then be held in the U.S. Senate. Republicans who control the Senate have shown little appetite for ousting Trump.

A cache of diplomatic texts Democrats received as part of their impeachment inquiry showed U.S. officials pressured the Ukrainian government to launch investigations that might benefit Trump’s personal political agenda in exchange for a meeting of the two countries’ leaders.

Kurt Volker, who resigned last week as Trump’s special envoy to Ukraine, gave the messages to the House committees in a closed-door meeting on Thursday, and the chairmen released them later in the day.

Trump has said Biden and his son are “corrupt” but has shown no evidence to back that up. The president on Thursday went a step further in his attacks on Biden when he called on China to investigate the former vice president and his son, who had business interests there.

U.S. senator and former Republican presidential candidate Mitt Romney said on Friday it was “wrong and appalling” for Trump to push other nations to investigate Biden.

“When the only American citizen President Trump singles out for China’s investigation is his political opponent in the midst of the Democratic nomination process, it strains credulity to suggest that it is anything other than politically motivated,” Romney said on Twitter.

Trump said on Friday he would not tie a much-anticipated trade deal with China to his desire for Beijing to investigate Joe Biden.

“One thing has nothing to do with the other,” he said.

Biden leads in most opinion polls among the 19 Democrats seeking the party’s nomination. His campaign has blasted Trump’s efforts as desperate.

In a signal of how Kiev will handle investigations being watched in Washington, Ukrainian prosecutors said they would review 15 old probes related to Burisma’s founder but added that they were unaware of any evidence of wrongdoing by Biden’s son.

The White House plans to argue that House Speaker Nancy Pelosi, a Democrat, must have the full House vote to formally approve an impeachment inquiry, a source familiar with the effort said.

Without a vote, White House lawyers believe Trump, who has called the impeachment probe a “hoax,” can ignore lawmakers’ requests, the source said, meaning the federal courts would presumably have to render a decision and potentially slow the march toward impeachment.

A White House letter arguing Pelosi must hold a House vote will probably be sent to Capitol Hill next week, an administration official said.

By In Cyprus
Previous articleMainly fine today, possible showers forecast as from tonight
Next articleTurkey’s illegal intrusion in Cyprus’ EEZ on agenda of next European Council