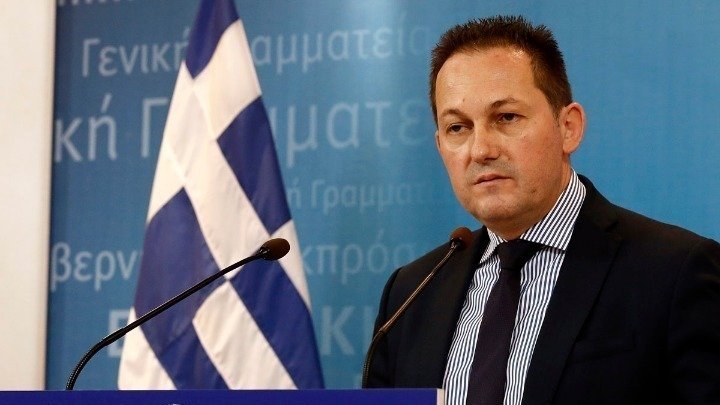 Government spokesperson Stelios Petsas outlined the “road map” for a “gradual and safe” return to everyday life during a press briefing on Monday. Ηe noted that the pressure on the national health system remains great, despite a reduction of cases observed in recent days, and announced that, based on the recommendations of the committee of experts, the following has been decided:

– To keep schools closed until the morning of January 7, 2021 and to continue distance education until that time.

– That hospitality-sector and entertainment venues, courts and sports activities will remain closed until 6:00 in the morning of the same day, except those that continue to operate at present (Super League championship in football and basketball).

Petsas also said that new announcements are expected in the coming days about what will happen with respect to churches, but also hairdressers and the other branches of retail trade.

Improvement in the epidemiological data slower than expected

Petsas stressed that the improvement in the epidemiological data and is slower than expected “because of the fatigue we all feel after 10 months of fighting against an invisible and insidious enemy, the coronavirus.”
It was indicative, he noted, that mobility during the second lockdown was increased by about 20 pct compared with the first, even though the restrictions after the closing of schools were essentially the same.
He added that “according to the latest data, there is a relative stabilisation or even a slight decrease in the rolling average number of cases. Also, the number of occupied ICU beds is decreasing and the number of empty non-ICU Covid-19 beds has increased.”

Further announcements for churches, hairdressers and shops later in the week

There will be further announcements later in the week regarding the next steps in lifting the lockdown, including measures for churches, hairdressers and non-essential retail shopping, the government spokesperson said on Monday. Petsas added that the existing regulations for teleworking and individual sports continue to apply, with up to three people training at a time.
He noted that decisions will be based on the way the epidemiological data behaves and that especially with regard to churches during the holidays, the prime minister will contact Archbishop Ieronymos of Athens and All Greece in the next few days.
“For those returning from abroad, in addition to the well-known procedure with the submission of a Passenger Locator Form, they must also have a negative PCR molecular test taken in the last 72 hours and will be subjected to a rapid test upon entry, and will enter a 10-day precautionary quarantine if they enter the country during the period between Friday, December 18 and Thursday, January 7,” Petsas said.
“We have stressed many times that if we relax, we will pay for it. Let us overcome the fatigue and avoid complacency so that, all together, we can finally defeat the coronavirus in the coming months.
Along with this year’s different Christmas, comes the hope that science brings to the world, with safe and effective vaccines.
Let us help, through our behavior, reduce the epidemiological burden throughout the country, saving time that will bring us closer to the final way out of this unprecedented health crisis,” Petsas said.

By gavriella
Previous articlePrivate school student in Limassol hit on the head with a hammer
Next articleDendias: Turkey’s stance provocation for all of Europe