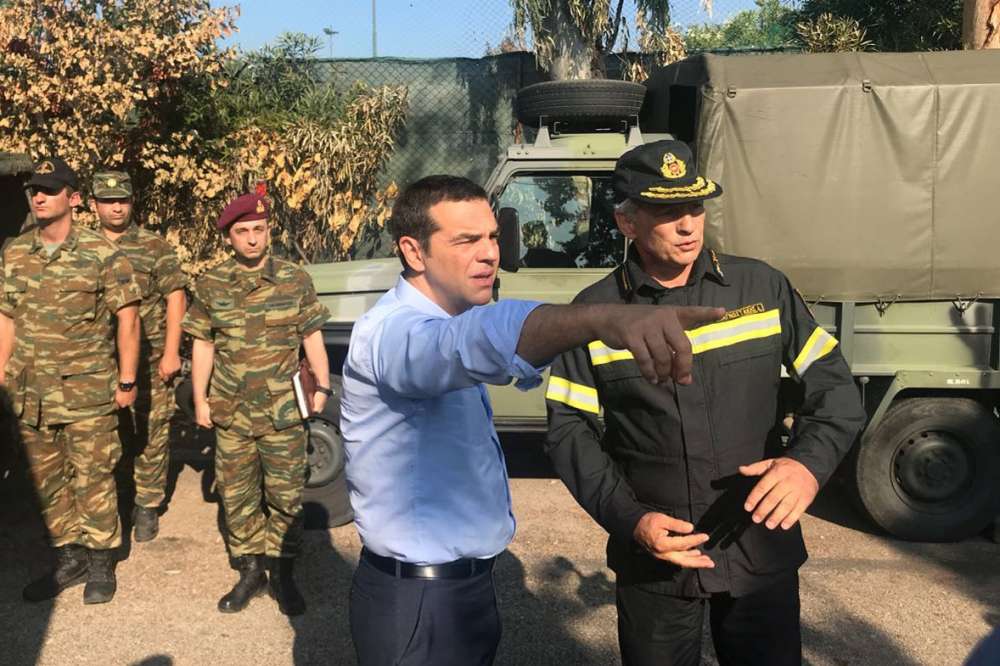 Fires began a week ago in the coastal resort, which is 30 km east of Athens, and Tsipras has been attacked by opposition parties for the government’s handling of the disaster, which also left dozens injured.

As rescue crews still hunt for those unaccounted for, residents were trying to salvage what they can from the disaster.

“I can’t believe that it took a lifetime to build this and within 10 minutes nothing was left,” 49-year old Konstantinos Gkikas told Reuters. “It’s unbelievable.”

Out of the nearly 2,600 buildings inspected in fire-stricken areas so far, half are intact, 25 percent need to be demolished and the rest can be repaired, the infrastructure ministry said on Monday.

A Greek citizen filed a lawsuit on Monday against the government, the municipal and regional authorities and anybody else found to be involved in the disaster.