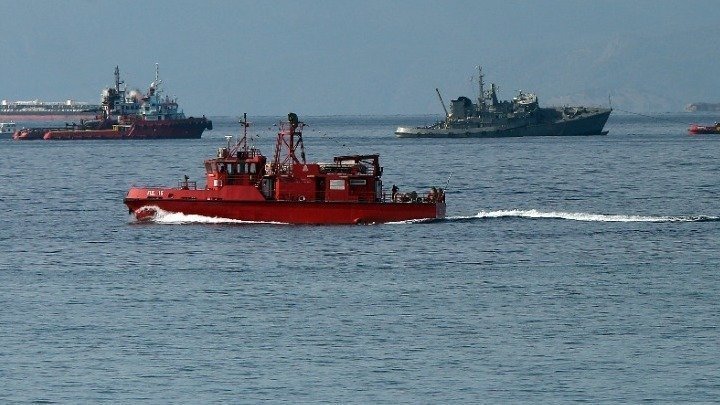 A Greek Navy minesweeper “Kallisto”, has collided with a Portuguese cargo ship “Maersk Launceston” just outside the port of Piraeus, Greece in the early hours of Tuesday (Oct.27).

Two people out of 27 were taken to hospital as precautionary measures and the other 25 people transferred to another military ship.

The 266 meter Portuguese flagged cargo ship was heading to Turkey before it hit the Greek navy ship, while its captain has been arrested for investigation.

The 57-meter Greek navy ship is being currently towed to Salamina Island to have its damages evaluated.