FYROM votes on whether to change name 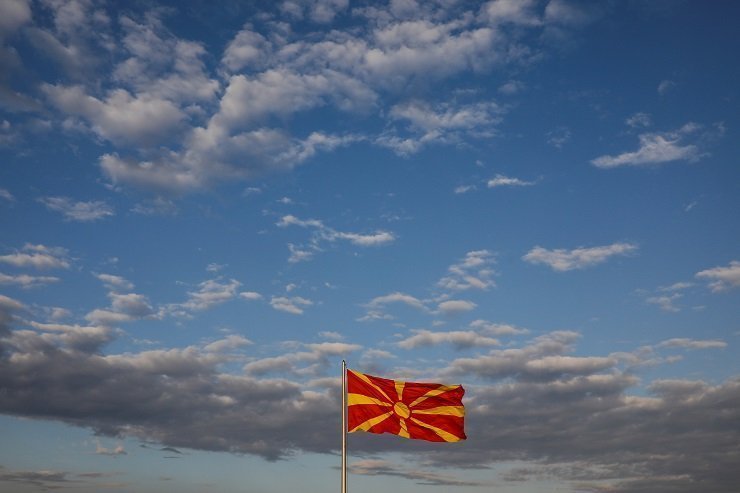 What’s in a name? That’s the question FYROM citizens will be called on to answer Sunday in a referendum on whether to change their country’s name to North Macedonia, ending a decades-long dispute with neighboring Greece and opening the door to NATO membership.

Greece, a NATO and European Union member, has long blocked FYROM’s efforts to join the alliance, arguing that use of the term “Macedonia” implies territorial ambitions on its own province of the same name, the birthplace of the ancient warrior king Alexander the Great.

The name dispute broke out in the early 1990s when the small Balkan country declared independence from the former Yugoslav federation. It escalated quickly, with Athens imposing a crippling embargo on the new nation.

After decades of stalled U.N.-mediated talks, changes in government in 2017 rekindled hopes that a solution could be found. Under a deal reached in June, FYROM will change its name to North Macedonia and Greece will drop its objections to the country joining NATO.

HOW DID THE DISPUTE START?

The term “Macedonia” harks back to the ancient kingdom once ruled by Alexander. Greeks, who consider this one of the high points of their history, see the use of the name by their northern neighbor as an attempt to usurp their history.

The geographical area covered by the ancient kingdom now includes FYROM and parts of Greece and Bulgaria.

For the new country that emerged from the breakup of Yugoslavia, the name Macedonia was one way for politicians to instill a sense of national pride. Macedonian nationalists began producing maps including Thessaloniki, Greece’s second largest city. Nikola Gruevski, a conservative prime minister who was in power from 2006-2016, went on a building spree, erecting statues of ancient Greeks in the center of the capital of Skopje and naming the country’s main highway and international airport after Alexander the Great.

With no solution in sight, the new country continued to be officially known by the name it was admitted to the United Nations as: the Former Yugoslav Republic of Macedonia, or FYROM.

On Sunday, voters will be asked: “Are you in favor of membership in the European Union and NATO by accepting the deal between (the) Republic of Macedonia and Republic of Greece?”

If citizens vote “Yes,” it would clear the way for the next steps needed to complete the deal with Greece and put the country on the path to becoming NATO’s 30th member.

Both Skopje and Athens made concessions in the June deal. FYROM Prime Minister Zoran Zaev agreed to add “North” to his country’s name, while his Greek counterpart Alexis Tsipras promised to drop objections to FYROM joining NATO. The deal met with vociferous opposition in both countries, from those who accused the prime ministers of conceding too much.

FYROM President Gjorge Ivanov slammed the deal as a “flagrant violation of sovereignty.” Opponents to the deal have called for a boycott of Sunday’s vote.

WHAT ARE THE POSSIBLE OUTCOMES?

Under FYROM Constitution, a binding referendum would need a minimum turnout of 50% to be considered valid.

However, the government called the referendum even though the vote was not required as part of the deal with Greece and has described Sunday’s balloting as consultative and non-binding.

The distinction means the government could take the outcome as a fair reflection of public opinion and act accordingly, regardless of how many citizens participate in the referendum.

If the “Yes” vote wins, the government would start work on amending the constitution, the next step in finalizing the June deal.

Zaev has said he would resign if the “No” vote prevails, and the deal with Greece would be dead.

WHAT HAPPENS IF ‘YES’ WINS?

If “Yes” wins, FYROM will have to amend parts of its constitution to ensure it doesn’t contain anything that could be considered irredentist against the Greeks. That will have to be ratified in parliament by a two-thirds majority of the 120 seats. Zaev currently has received pledges of support from 73 lawmakers — he would need another seven for the amendments to pass.

Once FYROM’s parliament has voted, the ball is in Greece’s court. The name deal will have to be ratified in the Greek parliament, where Tsipras faces troubles of his own.

His governing coalition partner, Panos Kamenos , head of the right-wing Independent Greeks, vows to vote against the agreement in the Greek parliament. It is unclear if Tsipras will be able to muster enough votes from independent lawmakers and opposition parties to push it through.

By In Cyprus
Previous articleMusk to resign as Tesla chairman, remain as CEO in SEC settlement
Next articleTrump says he “fell in love” with Kim