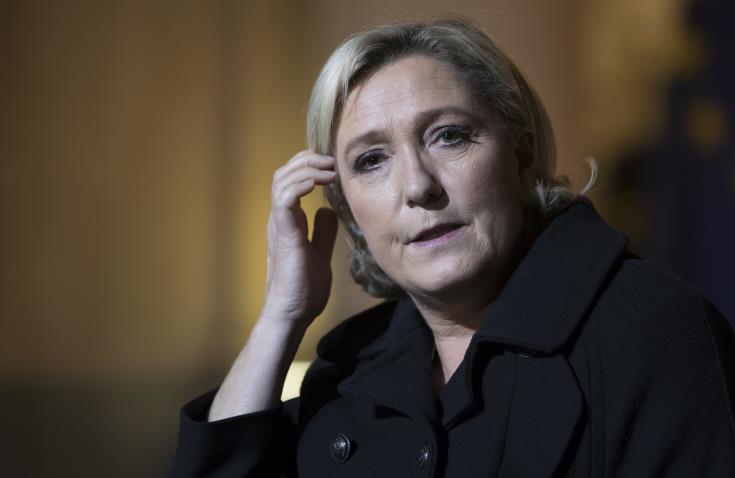 French judges investigating an alleged misuse of EU funds by Marine Le Pen’s far-right party have decided to block €2 million of state subsidies due to be handed out to the party, Le Pen and a judicial source said on Sunday.

In France, political parties receive public subsidies that depend on how they fare in elections.

Le Pen’s National Rally, known for decades as the National Front before changing its name last month in a bid to shed a brand associated by many voters with racism and anti-Semitism, was due to receive the money tranche in the coming days.

But judges decided to seize that sum as part of an investigation into alleged misuse by the anti-immigration party of European parliamentary funds, Le Pen said in a statement.

“The National Rally is threatened with death by judges!” said Le Pen, who has repeatedly criticised judges and banks over the years and said they were unfairly targeting her party.

The Paris prosecutor’s office opened an investigation in December 2016 into whether the National Front had used money destined to parliamentary assistants for staff that were in effect working for the party.

A judicial source confirmed that magistrates investigating the alleged misuse of those EU parliamentary funds had ordered the seizure of the €2m subsidy.

Judges have also placed one of the far-right party’s EU lawmakers, Bruno Gollnisch, under formal investigation as part of that probe, Gollnisch said on Friday.

The European Parliament had last year estimated the damage at a total of some five million euros.

Le Pen last year reached the second round of France’s presidential elections before being defeated by centrist Emmanuel Macron.

She was elected lawmaker, alongside seven other National Front candidates. But they have struggled to make their voice heard since.

In November, she had accused two banks of launching a “banking fatwa” to silence her National Front party by closing bank accounts of hers and her party’s.

Le Pen and her allies are now saying that the seizure of the public subsidies could mean the end of their party.

“We won’t be able to pay our staff, our rent, our financial obligations from about July 15,” Sebastien Chenu, a National Rally lawmaker and spokesman told Reuters.

“They are planning our death.”

By In Cyprus
Previous article
‘No artificial deadlines’ for talks, says G/C source
Next article
AKEL chief taken to hospital