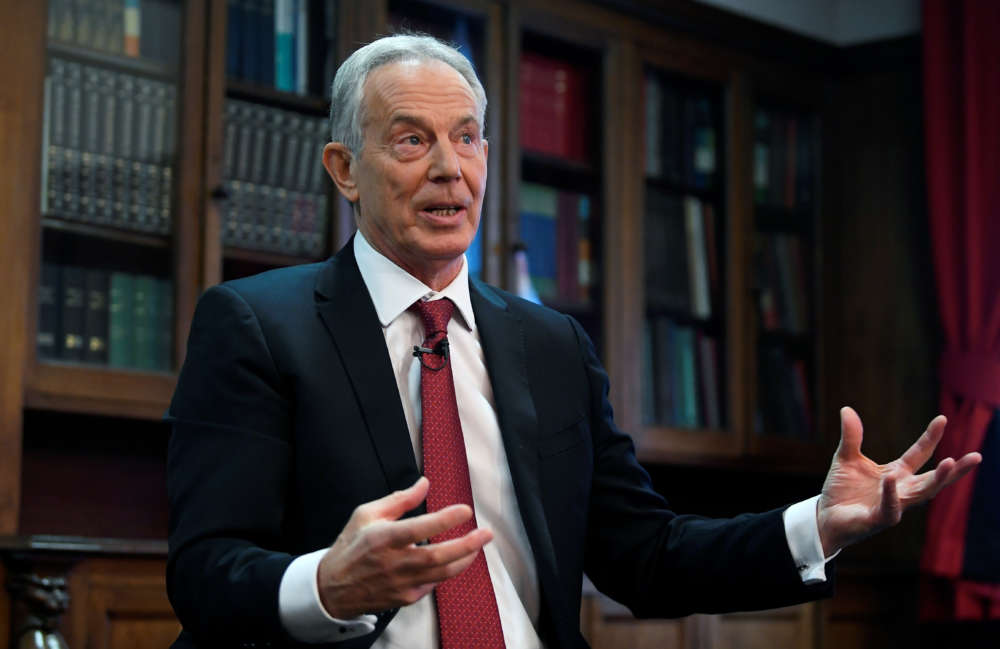 Former British Prime Minister Tony Blair has been accused of breaking UK COVID-19 restrictions after failing to self-isolate for two weeks following a two-day trip to the United States, the Sunday Telegraph reported.

The newspaper said it had obtained pictures showing Blair, who served as prime minister from 1997 to 2007, leaving a London restaurant 10 days after his return from Washington last month.

The Sunday Telegraph said it understood that Blair appealed to Whitehall officials for special dispensation from the COVID-19 rules, but that he was not issued with the formal exemption letter he would have needed to avoid a 14-day isolation period.

Blair was in Washington for a White House ceremony at which Israel signed agreements establishing formal relations with Bahrain and the UAE.

The newspaper quoted a spokesman for Blair as saying he was invited by the U.S. government because of the role he played in the deal, describing the ceremony as a “diplomatic conference”.

The spokesman also insisted Blair “posed no risk to anyone” as he was tested before his departure, on arrival at the White House, and again several times since returning to the UK.

Several major figures have been accused of damaging public confidence in the UK government’s coronavirus response by breaking or appearing to break rules.

In May, Prime Minister Boris Johnson’s most senior adviser, Dominic Cummings, refused to quit after it emerged he had driven 250 miles (400 km) from London to northern England when all but essential travel was forbidden.