Fed’s Bullard: Coronavirus shutdown not a recession but an investment in survival 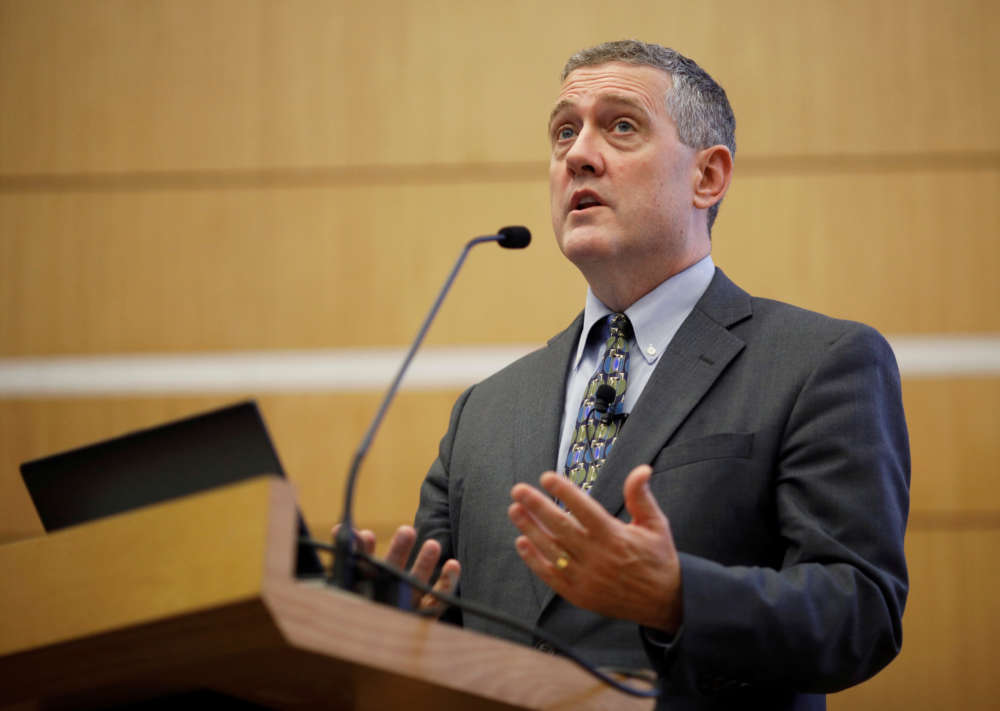 In normal times massive unemployment and a collapse in economic output would be tragic.

This time, as the coronavirus cloisters millions of Americans and shuts down the U.S. economy, it should instead be saluted as an investment in public health that lays the groundwork for a rapid rebound.

That is the view of St. Louis Federal Reserve President James Bullard, who argues that a potential $2.5 trillion hit coming to the economy is both necessary and manageable if officials move fast and keep it simple. It may seem an unconventional view in a moment of global anxiety, but Bullard argues the shutdown measures now being rolled out are essential to shortening the course of the pandemic.

They must also be coupled with massive federal government support to sustain the population through its coming isolation and prime the economy to pick up where it left off.

To Bullard that means:

No arguments about bailouts or “moral hazard” – the sticky issue of publicly funded rescues of bad actors.

And, above all, when the losses are tallied, don’t call it a recession.

Recessions are the ordinary – even predictable – contractions in activity that mark the end of normal business cycles. Bullard, who has earned a reputation inside the Fed for a penchant to rethink problems and reframe debates, said this is anything but.

“Frame this as a massive investment in U.S. public health,” Bullard said in a Friday telephone interview.

Nonetheless it is still opening old wounds from the 2007-2009 economic crisis over who deserves what, whether corporations should get help, and how generous the government should be with workers.

The spread of the coronavirus has touched off those discussions worldwide, but with an urgency that is shredding old hesitancies. United Kingdom Prime Minister Boris Johnson’s government on Friday announced it would pick up 80% of the national wage bill for the next three months.

Many Fed officials have called for a stronger U.S. fiscal response in recent days, but Bullard went a step further with an explicit call for the U.S. government to match what is being lost dollar for dollar.

For now, he said, economists and policymakers should turn their view of data on its head because little will make sense otherwise.

The recent jump in unemployment claims? That’s a win, a sign that so-called government stabilizers are being used. The hope should be that such programmes get “crazy heavy use” in coming weeks, he said.

If economic output falls by half in the second quarter, that’s a win – not a record-setting defeat. It means businesses have heeded orders to close and customers to stay home.

“You want capital to just sit in place. Switch off the factory … Then switch it back on.”

Bullard was among the large group at the Fed who at first felt the virus risk would pass with little economic damage, as have other similar health scares such as SARS and ebola.

They are all now trying to catch up, with emergency rate cuts, extensive new programmes to keep markets working, and other steps to aid an economy grinding to a halt.

In line with his colleagues, he said he was ready to do more, including putting more of the Fed’s direct lending powers to work if needed.

Bullard was blunt about the dilemma posed, saying the economics profession was “reeling” as it tries to understand what is taking place.

For now what’s usually good – jobs and production – are bad, and the headline numbers are going to be staggering.

Bullard’s ballpark estimate is that unemployment could hit 30%, higher than in the Great Depression and three times more than the 2007-2009 recession. Output in the second quarter could be half the norm, a hit of about $2.5 trillion.

That is unavoidable if the virus is to be contained through “social distancing” or government orders to stay at home.

All this needn’t wreck the economy. Legislation working its way through Congress has begun to roll out some support.

Bullard said the “core aim” can be kept simple: “keep everyone, households and businesses whole through the second quarter.” Do it with a quick expansion of unemployment insurance to cover lost wages, and through grants and loans to business to cover losses from “unemployed” capital.

From a macroeconomic standpoint, he argues, it is a tractable problem.

Again using back of the envelope math and a 30,000-foot view, he said perhaps half a trillion dollars of lost output will be accounted for by necessarily lost consumption – all the movie tickets and clothes no one buys and trips people will not take.

As to the other $2 trillion, Bullard said the federal government should borrow and distribute it to people and business.

“That is completely feasible,” in service of limiting economic damage, he said. “This is a planned, organized partial shut down of the U.S. economy. We are throttling back output on purpose to meet health guidelines… Transfer income to affected households.”

“Call it pandemic relief,” Bullard said. “Get transfers to businesses that are affected heavily, and come out on the other side. Identical economy. Produce the same goods as before.”