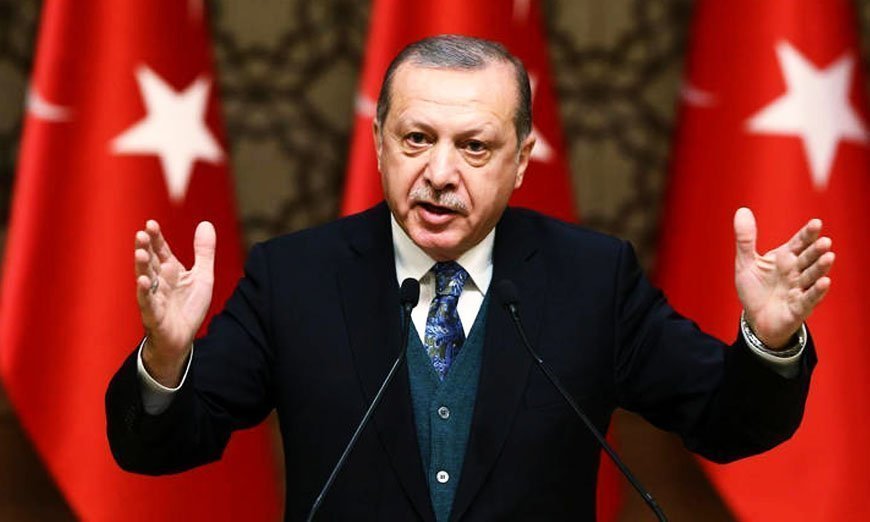 President Tayyip Erdogan said on Sunday that Turkey’s military and its Syrian rebel allies will advance 30-35 km (19-22 miles) into Syrian territory in their offensive against Kurdish militia and they have already seized control of the town of Ras al Ain.

Speaking at a news conference in Istanbul, Erdogan said the Turkish-led forces had also besieged the Syrian border town of Tel Abyad. He said two Turkish soldiers and 16 Turkey-backed Syrian rebels had been killed in the operation.

“The Chancellor advocated an immediate end to the military operation,” the spokeswoman said in a statement.

The phone call took place at Erdogan’s request, she said.

The United States is looking into reports that a Kurdish politician and captured Kurdish fighters were killed in northeastern Syria amid Turkey’s offensive, a State Department spokesman told Reuters on Sunday, adding that Washington found the reports disturbing.

On Saturday, the Syrian Observatory for Human Rights, a UK-based organization which reports on the war, said Turkey-backed groups had killed nine civilians, including Hervin Khalaf, secretary general of the Future Syria Party. “We have seen reports of the killing of (Hervin) Khalaf….as well as several captured SDF fighters, the latter having been apparently shot while in the hands of Turkish Supported Armed Syrian Opposition elements,” a State Department spokesman said, referring to Turkey-backed rebels.

“We find these reports to be extremely troubling, reflecting the overall destabilization of northeast Syria since the commencement of hostilities on Tuesday,” the spokesman said in an email.

Khalaf had been returning from a meeting in Hasaka at the time of the attack in which her driver and an aide were also killed, said Hussein Omar, the Future Syria Party’s coordinator in Europe. Party officials including Khalaf have had contacts with U.S. officials since it was founded in 2018, he said.

Asked about the accusation that Turkey-backed groups had killed Khalaf, the spokesman for the Turkey-backed National Army, which groups Syrian rebel factions, on Saturday said they had not made it as far as that area.
“We condemn in the strongest of terms any mistreatment and extrajudicial execution of civilians or prisoners, and are looking further into these circumstances,” the U.S. State Department spokesman said.

Ankara launched the cross-border assault against the YPG militia on Wednesday after U.S. President Donald Trump withdrew some U.S. troops from the border region, opening of the biggest new fronts in years in an eight-year old civil war that has drawn in global powers.

Turkey says the YPG is a terrorist group aligned with Kurdish militants in Turkey and that it reserves the right to protect its borders.

Turkey’s incursion has raised international alarm over its mass displacement of civilians and the possibility of Islamic State militants escaping from Kurdish prisons. The Kurdish-led forces have been key allies for the United States in eliminating the jihadist group from northern Syria.

Trump’s administration has threatened Turkey with economic sanctions over potential targeting of civilians and has warned it not to allow any Islamic State militants to escape.