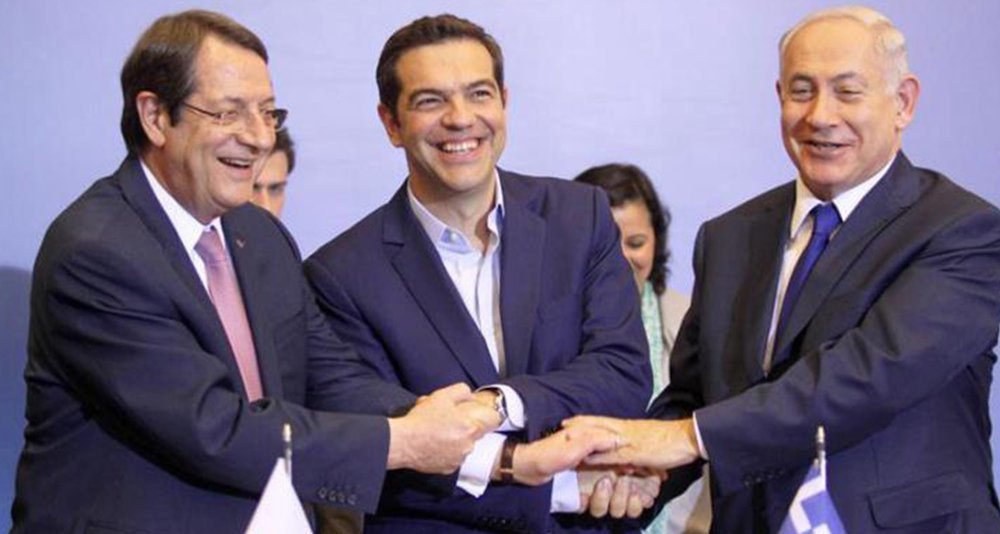 The unprecedented and provocative stance and threats on the part of Recep Tayyip Erdoğan against all countries in the Eastern Mediterranean pave the way for closer cooperation between the four countries in the region.

The Prime Ministers of Israel and Greece respond strongly to the provocative stance of the Turkish President, with Benjamin Netanyahu referring to the continuous occupation of the northern part of Cyprus and the massacres of civilians in Afrin, Syria with the recent Turkish military invasion.

The Turkish challenges and developments in the region in general were discussed yesterday evening during a telephone conversation between President Anastasiades and the Israeli Prime Minister. In a post on Twitter, the Spokesperson of the Government said that “President Anastasiades and Prime Minister Netanyahu exchanged views in the wake of the forthcoming Trilateral meeting on regional issues and cooperation for stability”.