Dendias: EU should have shown more determination in decisions regarding Turkey 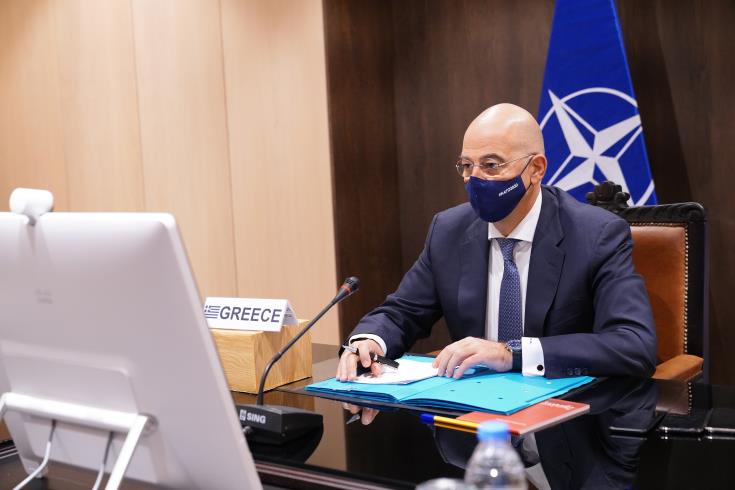 Greek Foreign Minister Nikos Dendias said that the EU should have shown more determination in taking decisions as regards Turkey.

In his speech at the Hellenic Parliament, during the discussion for the national budget, the Greek Foreign Minister noted that the European Council in its latest decisions “refutes Turkey’s manipulative tactics as regards the withdrawal of Oruc Reis” and “supports the need for sustained de-escalation”.

He also underlined that the Cyprus Issue remains one of the diachronic pillars of the Greek foreign policy. “The illegal and provocative actions of Turkey in the fenced-off area of Famagusta and the Cyprus’ Exclusive Economic Zone do not contribute to the creation of a constructive climate. Moreover, the statements of the new Turkish-Cypriot leader Ersin Tatar are assessed as extremely negative”, Dendias said.

He also suggested that the only path for the solution to the Cyprus Problem is the resumption of negotiations, based on the Resolutions of the UN Security-Council and the European acquis. “We are working in that direction, in close cooperation and absolute agreement with the government of the Republic of Cyprus”, he concluded.

By gavriella
Previous article18-year-old wanted for case of misused identity (PHOTO)
Next articleJob vacancies down by 8.1% in 3rd quarter of 2020