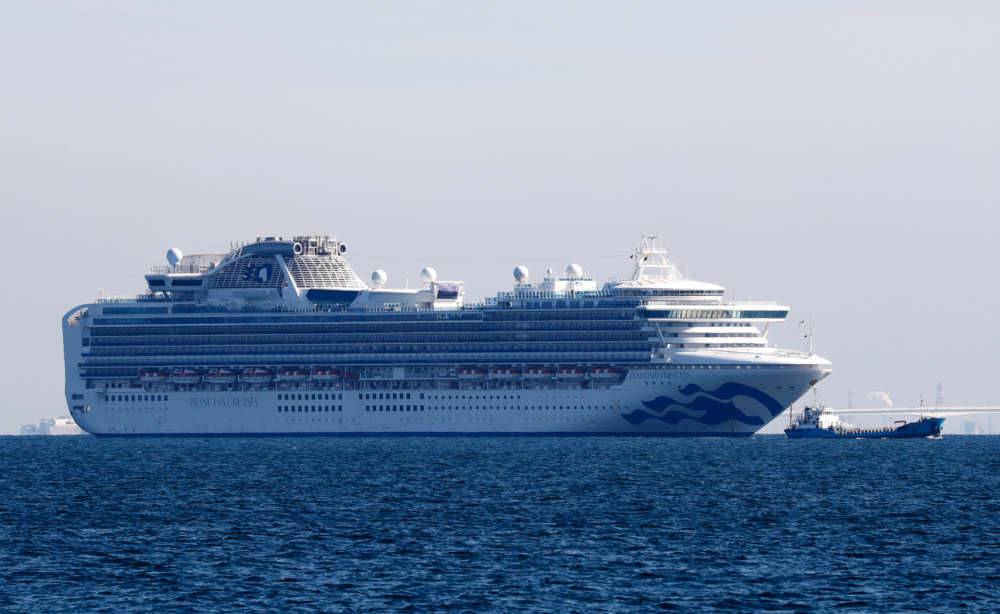 The plight of the cruise ship off Japan with more than 200 coronavirus infections and the shunning of another luxury liner by five ports despite no known cases has led to a sharp change in tack for an industry in shock: avoid Asia.

To that end, many cruises in the region are being cancelled while others currently sailing are being re-routed, skipping originally scheduled stops in China, Hong Kong and Singapore.

Vietnam on Friday turned away two ships from docking, citing the need to prevent the virus from entering the country.

Royal Caribbean Cruises Ltd cancelled 18 cruises in Southeast Asia on Thursday after calling off eight trips to China last week. It joined industry leader Carnival Corp in warning that full-year earnings would be hit by the epidemic.

“It is important that every organization acts responsibly, and we have already taken aggressive steps to minimize risk through boarding restrictions and itinerary changes,” Royal Caribbean CEO Richard Fain said in a statement.

The flu-like virus has so far killed 1,380 people with the total number of infections at more than 63,000, most of them in China where the outbreak originated.

Asia accounts for just some 10% of the global cruise industry, the Cruise Lines International Association says.

But the fear is that the negative headlines generated by the predicament of the Diamond Princess ship off Japan – the location of the most new coronavirus infections outside China – as well as by the two-week rejection of the MS Westerdam, which was turned away by five countries, will spill over to the entire industry.

“Cruise lines are scrambling as the situation unfolds, to cancel and move their floating resorts to safer destinations,” cruise expert Stewart Chiron said.

Ships re-routing include the Cunard Line’s Queen Mary 2, owned by Carnival, which has cancelled a stop in Singapore scheduled for Wednesday and Thursday, and is sailing straight to Fremantle, Australia.

Another Cunard ship, the Queen Elizabeth, called off stops in Hong Kong and Shanghai through April 4. Its revised itinerary has yet to be announced.

Both Royal Caribbean and Carnival have introduced enhanced safety measures, denying permission to board to booked guests who have been through mainland China, Hong Kong and Macau in the preceding two weeks, and initiating mandatory health screenings of other guests who may be at risk due to their travel history.

The Norwegian Spirit liner will no longer conclude its March cruise in Singapore but rather in Greece, and its Asia itineraries from April through December 2020 have also been cancelled, Norwegian Cruise Line Holdings said.

Similarly, P&O Cruises’ Arcadia liner has removed stops in Shanghai and Hong Kong in March, although it has yet to announce alternative ports.

Fears about the impact of the coronavirus outbreak have driven sharp slides in the shares of the industry’s top three liners, which together had some $34 billion in revenue in 2018.

Both Carnival and Royal Caribbean have seen their shares lose about 15% for the year to date, while Norwegian Cruise Line has fallen 8.5%.

The MS Westerdam was finally allowed to dock in Cambodia on Thursday and passengers began disembarking on Friday.

The Diamond Princess cruise ship, also owned by Carnival and which has been quarantined since arriving in Yokohama, Japan on Feb. 3, now has 218 cases among its 3,500 passengers and crew.