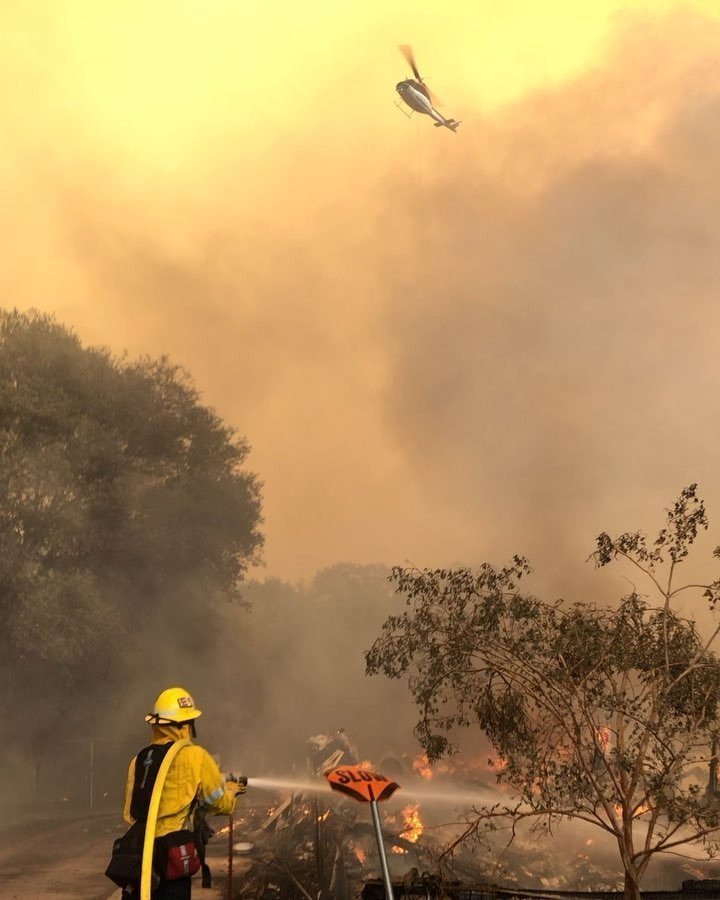 California firefighters took advantage of milder temperatures on Wednesday to gain ground on a wildfire that had grown to almost the size of Los Angeles, after officials said it would take until September to fully contain the blaze, the largest in state history.

Some 4,000 firefighters worked to prevent the fire, dubbed the Mendocino Complex, from reaching a string of communities at the southern tip of the Mendocino National Forest, the California Department of Forestry and Fire Protection (Cal Fire) said.

The Mendocino Complex is one of 17 major fires burning in California that have destroyed more than 1,500 structures and displaced tens of thousands of people in the past month.

“Tonight fire crews will continue to take advantage of the lower temperatures to increase containment lines,” the agency said in an advisory as the temperatures in the area remained near 60 degrees Fahrenheit (15 Celsius).

The agency set Sept. 1 is the new date for expected full containment of the Mendocino Complex, noting that date has been pushed back from Aug. 7, then Aug. 8, then Aug. 15 as the massive fire expanded.

Milder temperatures than expected on Tuesday allowed crews to carve containment lines around 34 percent of the wildfire, which became the largest in California history on Monday, after officials began battling two separate fires as a single event, according to Cal Fire.

The blaze, which was about 293,000 acres (119,000 hectares) as of late Tuesday, has surpassed the Thomas Fire, which burned 281,893 acres in Santa Barbara and Ventura counties in southern California last December, destroying more than 1,000 structures.

Two firefighters have been injured battling the Mendocino Complex. The blaze has burned 75 homes and forced the evacuation of more than 23,000 people.

Since Sunday, President Donald Trump has said California was letting water run into the ocean instead of using it to fight blazes and blamed California’s environmental policies for worsening the fires.

The comments baffled California firefighters, who said they had more than enough water to douse the flames.

Climate change is widely blamed for higher temperatures that have fueled wildfires in California, and as far afield as Portugal, Sweden and Siberia.

The fires are on track to be the most destructive in a decade, prompting Democratic Governor Jerry Brown and Republican leaders such as state Senator Ted Gaines to call for thinning and controlled burns of forests to reduce fire danger – actions opposed by environmentalists who say they kill wildlife.