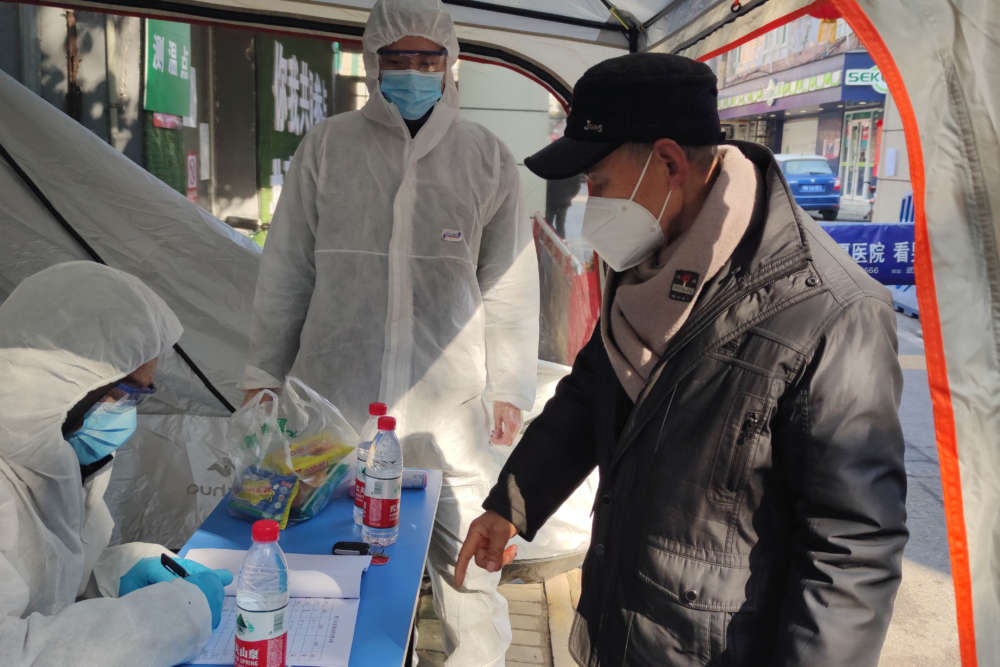 The death toll from the coronavirus epidemic in mainland China soared past 1,000 on Tuesday with a record daily rise in fatalities, while the prolonged disruption to factories and businesses played havoc with the world’s second-largest economy.

Hundreds of Chinese firms say they will need billions of dollars in loans to stay afloat and layoffs have begun, despite assurances by President Xi Jinping that widespread sackings would be avoided.

Another 108 new coronavirus deaths were reported on Tuesday, a daily record, bringing the total number of people killed in the country to 1,016, the National Health Commission said.

It was the second time in the past two weeks that authorities recorded a daily drop in new cases, but the World Health Organization (WHO) has cautioned the spread of cases outside of China could be “the spark that becomes a bigger fire”.

So far only 319 cases have been confirmed in 24 other countries and territories, according to WHO and Chinese health officials, with two deaths outside mainland China in Hong Kong and the Philippines.

Chinese firm Xinchao Media said on Monday it had laid off 500 people, or just over 10% of its workforce, and restaurant chain Xibei said it was worried about how to pay the wages of its roughly 20,000 workers.

Authorities said on Tuesday they will roll out measures to stabilise jobs, in addition to previously announced cuts to interest rates and fiscal stimulus designed to keep any economic downturn to a minimum.

Asian share markets followed Wall Street higher on Tuesday as China’s factories struggled to re-open after an extended break for Lunar New Year, though analysts warned investors might be underestimating how economically damaging the challenge was likely to be.

One Chinese government think-tank forecast the virus would wipe one percentage point off annual economic growth in China and analysts fear a prolonged disruption could have negative consequences for global growth. .

“The coronavirus outbreak completely changed the dynamics of the Chinese economy,” JPMorgan analysts said in a note to clients as they again downgraded forecasts for Chinese growth this quarter.

More people died from the disease on Monday than any other day since the flu-like virus emerged from a wildlife market in the Hubei provincial capital Wuhan in December.

The number of reported cases however fell almost 20% compared to the previous day.

Hubei remains in virtual lockdown, with its train stations and airports shut and roads blocked.

One Beijing government official, Zhang Gewho, said it would be harder to curb the spread of the virus as people return to work. “The capacity of communities and flow of people will greatly increase the difficulty,” he said.

About 160 million people are expected to return to their homes across China over the next week following the end of their holidays, a transport ministry official said.

The Diamond Princess cruise ship with 3,700 passengers and crew remained quarantined in the Japanese port of Yokohama, with 65 more cases detected, taking the number of confirmed cases from the Carnival Corp-owned vessel to 135.

Thailand said it had barred passengers from disembarking another Carnival Corp ship, Holland America Line’s MS Westerdam, the latest country to turn the vessel away due to coronavirus fears although no confirmed infections have been found aboard.

The company had said passengers would disembark in Bangkok on Feb. 13 and that there was no reason to believe anybody aboard had the virus. It has already been turned away from countries including Japan, the Philippines and Thailand.

British Airways cancelled all its flights to mainland China until the end of March, while Philippine airlines cancelled flights to Taiwan after the government expanded a travel ban to include all foreigners from the island.

An advance team of international WHO experts arrived in China to investigate the outbreak. Its death toll has now surpassed that of Severe Acute Respiratory Syndrome (SARS), which killed hundreds worldwide in 2002/2003.