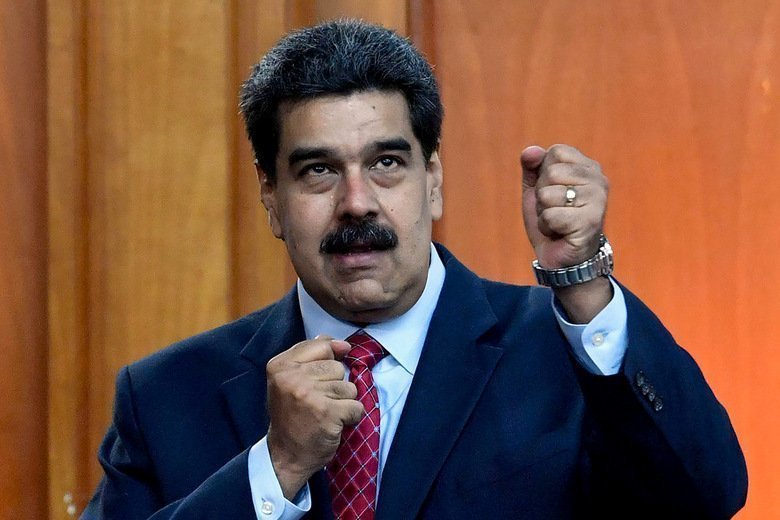 International condemnation of Venezuelan President Nicolas Maduro grew on Sunday after he deployed troops to block foreign aid convoys, with Brazil branding it criminal and urging allies to join a “liberation effort” of the South American nation.

Troops loyal to Maduro violently drove back aid convoys seeking to enter Venezuela on Saturday, leaving dozens wounded in clashes with security forces and at least two protesters dead near the Brazilian border.

Juan Guaido, recognized by most Western nations as Venezuela’s legitimate leader, urged foreign powers to consider “all options” in ousting Maduro, ahead of a meeting of regional governments in Bogota on Monday.

“The use of force against the Venezuelan people, who are eager to receive international humanitarian aid, is a criminal act committed by the Maduro regime,” Brazil’s Foreign Ministry wrote in a statement.

“Brazil calls on the international community, especially those countries that have not yet recognized Juan Guaido as interim president, to join in the liberation effort of Venezuela.”

Brazil, a diplomatic heavyweight in Latin America which has the region’s largest economy, was for years a vocal ally of Venezuela while it was ruled by the leftist Workers Party.

U.S. Vice President Mike Pence is scheduled on Monday to join a meeting of the Lima Group of Latin American nations, which has been opposing Maduro for months, to discuss new ways to pressure Maduro.

“There’s more sanctions to be had. There’s more humanitarian assistance I think that we can provide,” Pompeo told CNN. “The Venezuelan people will ultimately … hold accountable those who have done so much harm to the fundamental basic rights.”

China and Russia, which both have major energy sector investments in Venezuela, have supported Maduro’s government and condemned U.S. sanctions.

Meanwhile, Colombian President Ivan Duque, in a tweet, denounced the “barbarity and violence” and said Monday’s summit would discuss “how to tighten the diplomatic siege of the dictatorship in Venezuela.”

Venezuela’s Information Ministry did not immediately reply to a request for comment. Maduro has denounced Guaido as a U.S. puppet who is seeking to foment a coup.

Trucks laden with U.S. food and medicine on the Colombian border repeatedly attempted to push past lines of troops on Saturday, but were met with tear gas and rubber rounds. Two of the aid trucks went up in flames.

The opposition had hoped that troops would balk at turning back supplies that are so desperately needed by a population increasingly suffering malnutrition and diseases.

Though some 60 members of security forces defected into Colombia on Saturday, according to that country’s authorities, the National Guard at the frontier crossings held firm.

“They were in uniform; they are sergeants,” Army Colonel George Kanaan told reporters, adding that Brazilian military officials had not had a chance to ask them why hey deserted. “They entered and asked for refuge.”

The Brazilian border state of Roraima said the number of Venezuelans being treated for gunshot wounds rose to 18 from five in the past 24 hours. That was the result of constant gun battles, which included armed men without uniform, throughout Saturday in Venezuelan the town of Santa Elena, near the border.

Opposition legislator Americo De Grazia said via Twitter that the death toll had risen to 15 in Santa Elena. Reuters was unable to confirm this.

Though Saturday’s effort allowed the opposition to demonstrate that Maduro was willing to repel aid, many opposition leaders appeared despondent and disappointed that the food and medicine had not gotten in.

U.S. Senator Marco Rubio, an influential voice on Venezuela policy in Washington, said the violence on Saturday had “opened the door to various potential multilateral actions not on the table just 24 hours ago”.

Hours later he tweeted a mug shot of former Panamanian dictator Manuel Noriega, who was captured by U.S. forces in 1990 after an invasion.

During a visit to a border bridge to survey the damage, Duque told reporters that the frontier would remain closed for two days to repair the infrastructure and that aid would remain in storage.

“The dictatorship has sealed its moral and diplomatic defeat by showing the world how it persecuted its own with all types of violence,” he said.

In the Venezuelan border town of Urena, streets were still strewn with debris including the charred remains of a bus that had been set ablaze by protesters. Residents on Sunday were pulling pieces from the still-smoldering wreckage to sell as scrap metal.

Most were worried about the continued border closure, which prevents residents from going to work or buying basic products in the neighboring nation.

“Today there is still tension, I went onto the street and saw all the destruction,” said Auriner Blanco, 38. “The border closure is bad because we need everything they were going to bring over.”