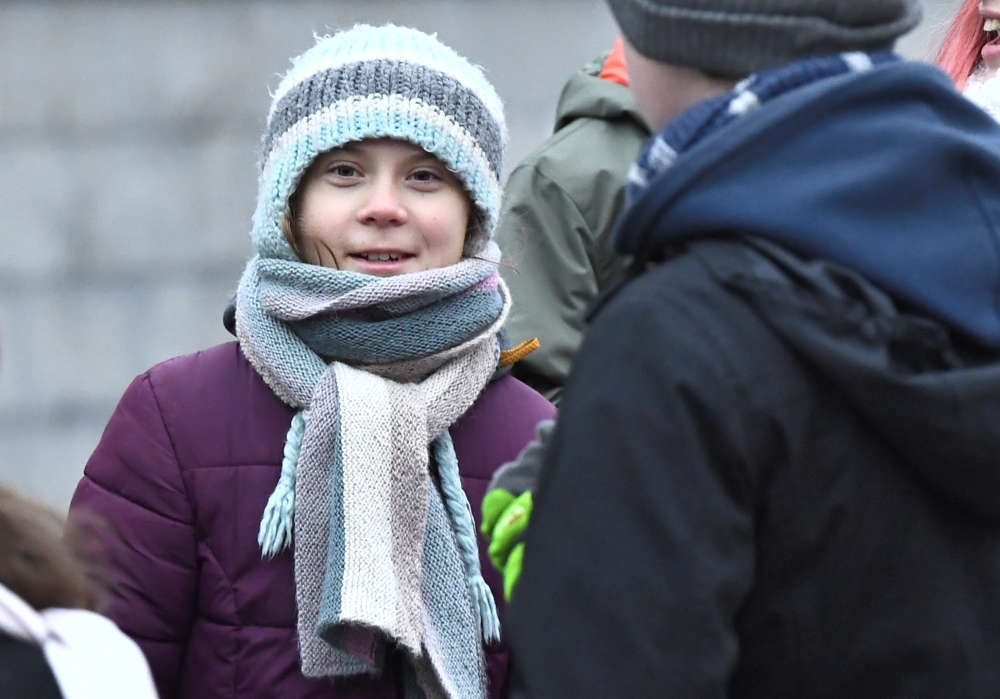 “I’m not the kind of person who celebrates birthdays,” Greta Thunberg said as she turned 17 on Friday, marking the occasion in inimitable style – with a seven-hour hour protest outside the Swedish parliament.

The climate activist braved winter conditions in her native Stockholm to continue the weekly Friday School Strike for the Climate campaign that helped catapult her to international fame.

“I stand here striking from 8am until 3pm as usual … then I’ll go home,” Thunberg, Time magazine’s Person of the Year for 2019, told Reuters.

“I won’t have a birthday cake but we’ll have a dinner.”

It’s been a busy 12 months for Thunberg, who crisscrossed the globe by car, train and boat – but not plane – to demand action on climate change.

“It has been a strange and busy year, but also a great one because I have found something I want to do with my life and what I am doing is having an impact,” she said.

When she was 15, Thunberg began skipping school on Fridays to demonstrate outside the Swedish parliament to push her government to curb carbon emissions. Her campaign gave rise to a grassroots movement that has gone global, inspiring millions of people to take action.

By In Cyprus
Previous article
Ski-and-beach holiday? Everything is possible in Cyprus!
Next article
Inmates, prison staff deliver gifts to Makarios hospital, homes for elderly