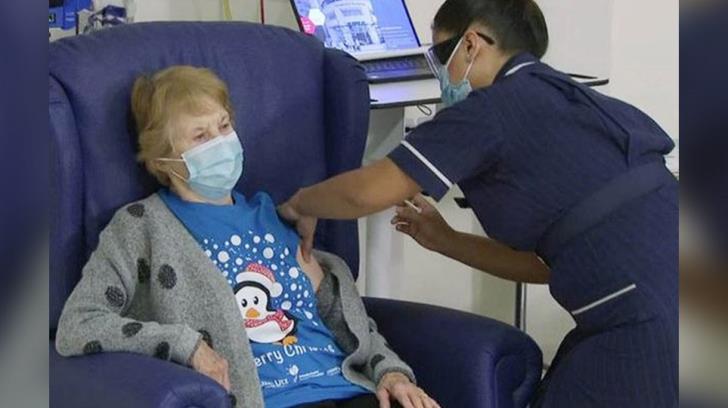 Margaret Keenan, a 90-year-old grandmother from Britain, has become the first person in the world to receive the Pfizer COVID-19 vaccine outside of a trial following its rapid clinical approval.

An early riser, Keenan received the jab at her local hospital in Coventry, central England, on Tuesday morning (08 December) at 0631 GMT, a week before she turns 91.

Britain began rolling out the COVID-19 vaccine developed by Pfizer and BioNTech on Tuesday, the first Western country to start vaccinating its general population in what was hailed as a decisive watershed in defeating the coronavirus.

The mass inoculation will fuel hope that the world may be turning a corner in the fight against a pandemic that has crushed economies and killed more than 1.5 million, although ultra-cold storage and tricky logistics will limit its use for now.

By gavriella
Previous articleRegistration of motor vehicles down 17.1% in eleven months of 2020
Next articleTurkey: EU should act as ‘honest mediator’ in Eastern Med