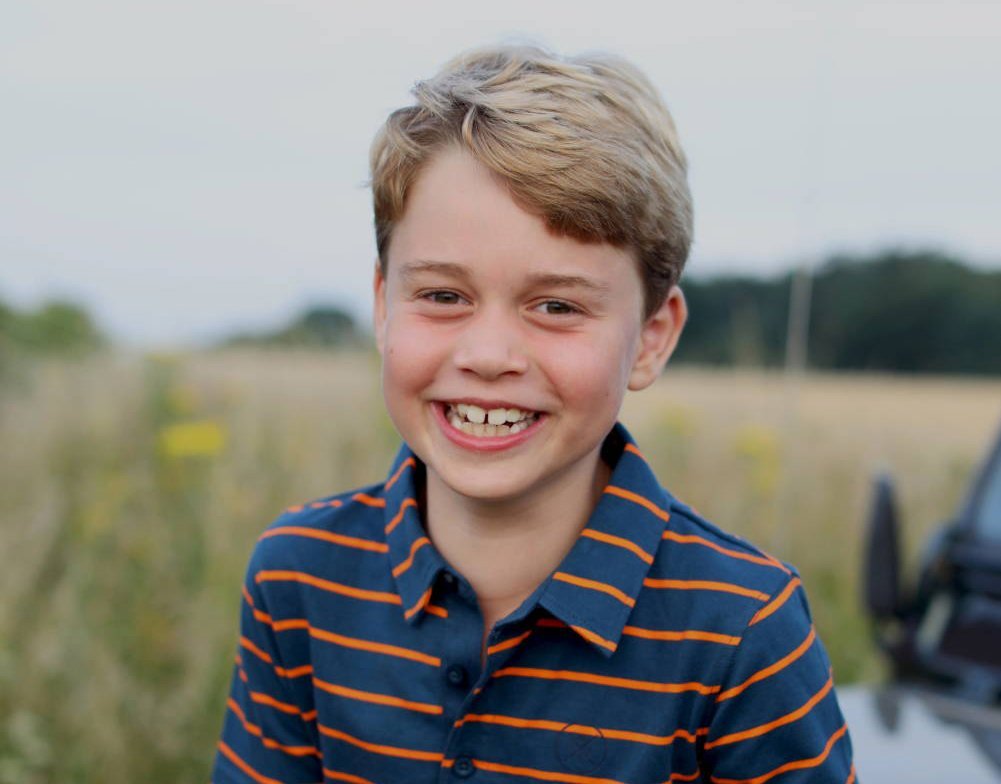 Prince William and his wife Kate released a new photograph of their son Prince George with a beaming smile to mark his eighth birthday on Thursday.

The photograph taken by his mother, shows the Duke and Duchess of Cambridge’s first child perched on a Land Rover.

George, who is third-in-line to the throne, is wearing a blue and orange striped polo shirt with blue shorts and is grinning into the camera.