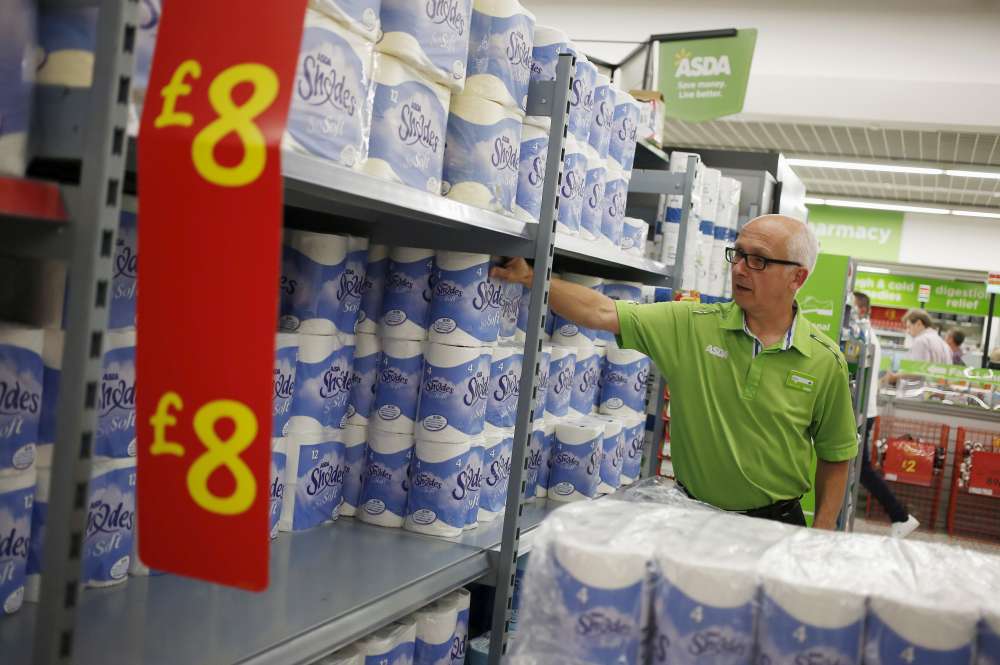 Britain is unlikely to run out of essentials like toilet paper in the event of a no-deal Brexit but some fresh fruit and vegetables could be in short supply and prices might rise, warned supermarket bosses on Thursday.

Retailers John Lewis and Co-Operative Group and the government’s reluctant publication of a report late on Wednesday, shed light on what shoppers might expect to find, or not find on supermarket shelves after October 31.

The government has demanded that supermarkets prepare for a potentially chaotic no-deal Brexit by stockpiling food, but supermarket bosses say it is almost impossible to store fresh food for any length of time and people might not find everything they want on the shelves.

Steve Murrells, Chief Executive of the Co-op, said that the firm had secured extra storage space but he expected shortages in some fresh food and subsequent price rises.

“We are very clear on where we think inflation will come through, which will be, in the main, fruit,” he said.

“We would be stockpiling the essential items that you would expect. Water, toilet paper, long life cans.”

Murrells said that fruit like apples, pears, blueberries and strawberries might have to be transported more expensively via air freight from the Southern hemisphere to avoid congested ports.

The availability of vegetables in Britain is also at risk as the European Union provides some 86% of lettuces and 70% of tomatoes, according to the British Retail Consortium (BRC).

“Clearly… in short-life fresh produce that’s imported from Europe, that would be harder, if the flow of stock is interrupted,” Rob Collins, the managing director of John Lewis’ supermarket group Waitrose, told reporters.

Prime Minister Boris Johnson has pledged to take Britain out of the European Union with or without a deal on Oct. 31, and has said he will not ask for a delay despite lawmakers voting that he seeks one to avoid a no-deal Brexit.

The “Operation Yellowhammer” report on the worst case scenario released by the government pointed to potential problems snarling up cross-Channel trade routes and disrupting supplies of fresh food.

John Lewis Chairman Charlie Mayfield said the assessment chimed with what his department store and supermarket group expected from a no-deal scenario.

“The publication of the Yellowhammer documents gives a bit more insight, but frankly I don’t think it tells us anything particularly new that we didn’t already know,” Mayfield told reporters after warning that the impact of a no-deal Brexit could be “significant”.

Mayfield went on to say that the continuing uncertainty meant that consumer confidence had taken a battering and John Lewis was seeing a reluctance by consumers to make big ticket purchases in its department stores.

David Potts, Chief Executive of grocer Morrisons, agreed that consumer confidence was weak but the grocer is somewhat shielded from any Brexit chaos as two thirds of what it sells is British.

While supermarkets say they are restricted in what goods they can stockpile, there might be some solace in the fact that they say so far, customers have shown little sign of panic-buying.